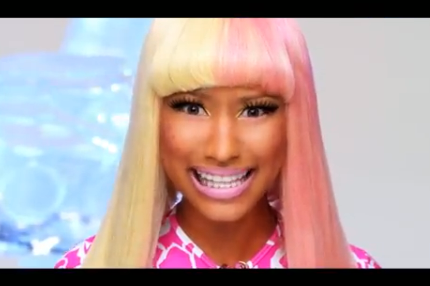 Nicki Minaj is welcoming her nasty Roman Zolanski alter ego for another record, and the official release date is just around the corner. In a tweet on Tuesday, the Harajuku Barbie herself said, “Pink Friday : ROMAN RELOADED will be released on Valentines Day, 2012. Heeeee’s baaaacccckkkkk.” That might appear to suggest an expanded deluxe edition rather than a proper sophomore LP, but the February 14, 2012 target lines up neatly with Cash Money boss Birdman’s just-revealed plans for a follow-up album “in the first quarter” of next year. Besides, the original Pink Friday already has a deluxe edition: That’s where fans could first hear radio smash “Super Bass” (watch the video again below). So, Pink Friday: Roman Reloaded, in time for your romantic Valentine’s Day evening — it’s just too bad “Roman’s Revenge” was already taken.

Update: Minaj confirmed the album is all new with a tweet reading, ” ‘Pink Friday: ROMAN RELAODED’ | Valentines Day| 2012 | Not a Re-Release | ALL new tracks | YMCMB | *salutes the nation*.”