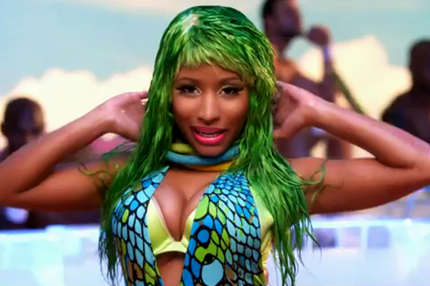 Nicki Minaj’s follow-up to her blockbuster debut Pink Friday is slated to arrive sooner than fans probably expected: “In the first quarter” of 2012, Cash Money honcho Birdman tells Billboard, saying a first single might emerge before the end of 2011. “She’s in the studio, and we’re looking real soon, because she’s ready to go and we’re ready to go with her.”

Minaj is capping what’s already been a monster year with an artful of hardware: She won a pair of American Music Awards Sunday night (Favorite Rap/Hip-Hop Artist and Album) and took home MTV’s Video Music Award for Best Hip-Hop Video. Pink Friday was released almost exactly a year ago — on November 19, 2010, just in time for Black Friday — and has spawned nine singles, including Top 20 Billboard hits “Super Bass,” “Your Love,” and “Moment for Life.”

But before Minaj unleashes a new disc, she’s shooting a video for her David Guetta collaboration “Turn Me On.” Per the DJ/producer’s Twitter, “It’s gonna be sick!”