A one-of-a-kind Mattel doll based on the rapper is being auctioned for charity, starting at $1,000 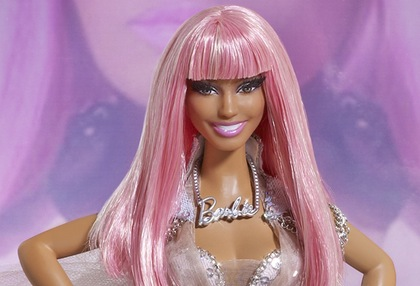 It’s no secret that Nicki Minaj is a Barbie girl. The New York rapper released a mixtape early last year called Barbie World, she constantly flaunts her “Harajuku Barbie” alter ego, and her fans even call themselves “Barbies,” “Barbs,” or “Barbz.” Completing the circle, she finally has joined forces with toymaker Mattel to concoct a one-of-a-kind Barbie doll, which will be auctioned off on CharityBuzz.com starting at $1,000, Billboard reports. All proceeds from the sale will go to Project Angel Good, a charity that gives food to people impacted by HIV and AIDS.

The collaboration marks the first (and inevitable) collaboration between the “Super Bass” MC and the iconic toy brand. A Barbie spokeswoman couldn’t confirm to Billboard whether Minaj and Mattel would team up again next year when she unleashes sophomore album Pink Friday: Roman Reloaded on Valentine’s Day. We also couldn’t confirm how many Legos were melted down to make the doll’s ass.