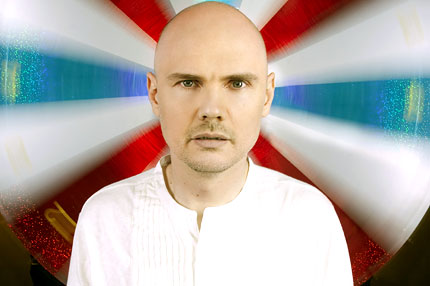 On November 22, Smashing Pumpkins’ Billy Corgan will release the second physical edition of his massive Teargarden By Kaleidyscope project, a five-track set featuring a previously unreleased B-side “Cottonwood Symphony.” Teargarden by Kaleidyscope Vol. II: The Solstice Bare will be released in a deluxe CD package and on 12-inch vinyl picture disc. Check out the tracklisting below.

Since September of last year, Corgan has slowly revealed songs from his ambitious 44-song Teargarden project by releasing songs individually online; physical editions of Teargarden, compiling four of those online tracks, will continue to get released along the way.

As Corgan told SPIN.com back in August, he estimates it will take him four years to complete the project. “I love [writing and recording song by song] because it’s that sense of being in the moment again,” he said. “It reminds me of being young and playing a gig and trying out new material. There’s a sense that I can exist in the moment with the music.” Revisit the full Q&A with Corgan here.