These days, he’s both performed on and written for The Tonight Show with Jimmy Fallon while also writing for Comedy Central’s The Daily Show with Trevor Noah. He’s done stand-up on both Comedy Central and Netflix, has a podcast called The Josh Johnson Show that he co-hosts with Logan Nielsen, and is currently state-hopping on the Back to Abnormal Tour also with Noah. Oh, and his mixtape Elusive is available now, because the man makes music too.

But while just mentioning all his moves may seem exhausting, Johnson thrives on his forward momentum.

Before the TV show credits and national tours, Johnson entered the stand-up game to learn how to effectively communicate with people. The stage became the place his thoughts felt most at home, and people started to take notice of what he was saying and how he was delivering it. 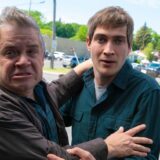 Johnson’s comedy path started in his family’s living room in Louisiana. To spread his wings and entertain more than his gene pool, he packed up and took his talents to Chicago to hone his craft. When he felt confident enough to take another leap forward, Johnson moved to the comedy mecca of New York City.

Although the New York comedy scene doesn’t always bode well for the young and thirsty, that cold concrete jungle actually helped make his career scorching hot. In 2018, he won “New York’s Funniest Comic” at the New York Comedy Festival — a victory he celebrated by taking the C Train home.

“I still didn’t feel comfortable springing for an Uber, because it’s not like I was set,” Johnson tells SPIN via phone while heading to his next stand-up date. “I had fun and appreciated the opportunity but it’s one of those moments where you either start feeling yourself or you’re like, ‘OK, I’m doing well.’ We’re very hot and cold here in America. I’m either a star or a failure, but there is so much in between that. New York’s Funniest was a beautiful moment where I was the funniest to people that I respect who were judging the competition.”

Of course, winning titles doesn’t mean much in a comedy club, where the audience’s laughter (or lack thereof) speaks for itself. As virtually any comedian would know, “bombing” is sometimes just a part of the industry. Some comics revel in watching a comrade highlight the crickets in the room, while others use this rite of passage as a learning experience. For Johnson, it’s a bit of a necessary evil.

“As bad as bombing can feel, there is no more encouraging aspect of comedy than bombing,” Johnson says. “Bombing feels so bad that it immediately weeds out people who don’t really want to do comedy. I don’t think people understand just how bad it feels. There is a beautiful thing about bombing though, it also gives you courage to continue in a way that is more sustainable. As bad as it feels, it’s almost like you need it at some point.”

While some comedians spend decades performing live and learning from their failures before getting anywhere, it was only a few years into Johnson’s career when he was tapped to become a writer for The Tonight Show with Jimmy Fallon. But he didn’t just gain employment through his first major writing gig, he also gained a new perspective on his own material.

“The thing I credit that job with is that it was the first place where I couldn’t be delicate with any of my jokes,” Johnson says. “You’re writing so many jokes every day, and you’re lucky to get just some of them on. That was such an eye-opening thing, because as a stand-up, I was precious with all my jokes all the time. I really learned how to chill on that and accept that not everything I write is gold. I learned a lot from it, not only with show writing, but with comedy too.”

When his run at The Tonight Show ended, Josh went back on the road to do stand-up. A few months in, he applied to be a correspondent on The Opposition with Jordan Klepper. While he didn’t get the gig, the show’s producers loved what he wrote and suggested he send a packet to The Daily Show. At the time, Johnson had never met Noah before, but the two immediately hit it off during and after the interview process. Now, Johnson considers himself fortunate to be able to learn more about himself both as a comedian and a writer thanks to The Daily Show and its host.

“The Daily Show has been really good for me because it’s been teaching me how to tell stories better and how to be more thoughtful and universal with my approach,” Johnson says. “Not just with comedy, but with what your story is saying. In the same way that The Tonight Show taught me the importance of not being precious, The Daily Show is teaching me how to be more universal in my logic in the interest of success.”

Despite his upward trajectory, Johnson is all too aware of how quickly things could come crashing down. Navigating humor these days hasn’t been easy for some, and it’s a concern that Johnson keeps in the back of his mind, even if he’s so far avoided any content landmines of his own.

“I think what’s happening is, on the part of some, there is a laziness toward being understood — and then for the other people, there is a laziness on trying to understand,” he explains. “For me, I put so much work into being very deliberate in my intent of what I am trying to do. Because I am not ridiculously famous, I think that comes across. When a person is ridiculously famous, then it becomes a headline of like, ‘Did he say the wrong thing?’ ‘He said what?’ ‘How will it change their career?’”

“Right now, at this moment in time, I happen to have docile opinions,” Johnson continues. “I’m not saying anything I think could be offensive, because I’m not someone who goes out of their way to be offensive. At the same time, if there is something I need to say, I will say it. That’s the thing that makes us both love and be annoyed by comedians. We’re supposed to be poking holes in established dogma and established institutions. That’s what we do. It’s not really funny to not be subversive. There are so many levels to comedy. It’s a whole job.” 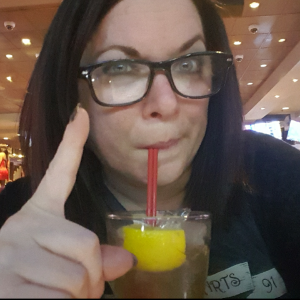