Lollapalooza has defied the old F. Scott Fitzgerald adage from The Last Tycoon that “there are no second acts in American life.” Since 2005, Perry Farrell and partners have hunkered down in Chicago’s Grant Park (for the American version) to bring the once-alternative playground that spit in the face of the mainstream more into the mainstream. Though this year’s fest’s impact is yet to be known, there’s no doubt in the festival’s 30 years (on and off at various points), Farrell has seen it and been through it.

So, what better way than to get the best stories from Lollapalooza’s history than from Farrell himself?

However, just as we got rolling, the Jane’s Addiction/Porno for Pyros didn’t pull any punches and came out of the gates firing. In fact, he blamed SPIN for him not having bigger success.

“So you guys cost me fame and fortune because I opted to go with you guys for a cover,” Farrell quips, “which I was on five or six times. Rolling Stone hated me because of that, and they never put me on the cover. I’ve never been on the cover of Rolling Stone, and it’s all your fault.” 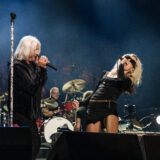 After politely reminding him that I was 10 years old when the first cover happened and had no control of the situation, Farrell looked back at 30 years of Lollapalooza and went through what he considers to be his favorite moments in the festival’s history, which aren’t as obvious as you may think (and are in no particular order).

Flea wasn’t careful with what he wished for, 1992

I remember that year I had cornrows and a girlfriend who did them, and I looked so handsome! That year, we had the Jim Rose Circus, and that really defined the whole alt nation, what we were about and up to. I had so much fun watching that guy Mr. Lifto lift up big heavy weights with his balls — it might have been his dick — it showed you how strong a dick can be when it really needs to. And then the other cat who drank his own vomit, his own bile. I remember watching them with Flea and then the guy said, “I want one person from the audience to come up and drink my bile.” Flea volunteered to do it, saying “Me, me, me!” Then he got sick for three days… 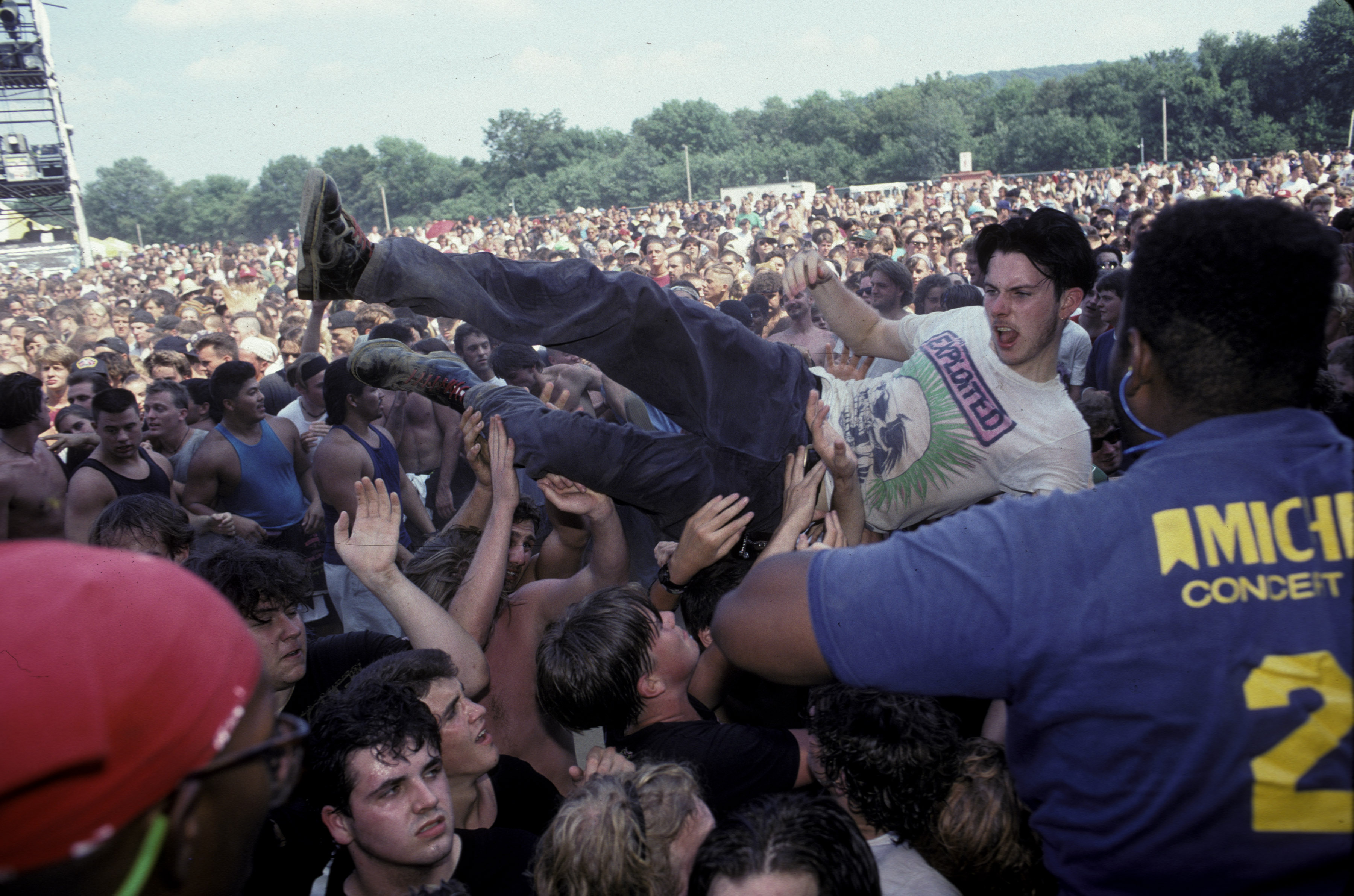 I’ll never forget the first one, of course. The first one was kind of funny. And I was thinking back about Henry [Rollins] and how he was really into working out, which he claims fights depression, so I didn’t know that about him. I knew him to be a really smart man, a super great poet, really wise and a workoutholic. I remember getting wrong that he had dolphin shorts on, but what they were was shredded, torn, and he had bicycle shorts under that, so I want to correct that for the record. He looked like a pro wrestler, like one of those figures you can get at Target today. Last night, I was watching a clip on YouTube from ’91 where Ice [T] and I are doing “Don’t Call me N—-, Whitey” and I thought that was really cool. Ernie C. and Dave Navarro, ripping together. That’s an unforgettable memory.

Miley Cyrus did 26 songs. I hope I might do 26 songs once before I die. But man, that woman, she’s so full of love. She’s a good woman. I’m really happy, proud and honored that she performed last night. She was just, she was the cure. It was amazing to see Billy Idol out there.

Before this, I’d never met Post Malone before. We met for the first time in South America and he’s very much down with the beer pong. So he’s got his crew playing beer pong against him, like around the clock. So, I came in there to introduce myself, say hello and he’s out there playing beer pong and asked me if I want to do a game.  I think they go to 18 or 21 or something like that, so I said let’s play a game of Pig rather than that. But he didn’t know I played JV basketball in New York, so I can play ball. So I fucking nailed that little cup and went on my way. I know he’s trying to get back at me, and now he knows who he’s messing with.

It was just nice to travel with Chris [Cornell] and Audioslave and Tom Morello, Queens of the Stone Age and Kings of Leon were these young guys — they were going on either at two o’clock or four o’clock. But in those days, I had a good something going on with this guy who was connected to the mob. So we went to New York, and we were at Peter Luger’s. So he was hooked up, and I found out that he can get unpasteurized cheese imported. Oh, and he was our bass tech. The reason I mention him is every Friday, I would have a Shabbas with the best wine, imported wine, imported meats and unpasteurized cheeses that you could only get through the mob, you know? And then I would invite everybody to come back. We had a bunch of loaded dancing girls, and we had Kings of Leon and all these young single guys and all these dancing girls back there for Shabbas.

Honorable mention: Getting banned by Clear Channel in 2004

That was a really interesting one, because we actually jumpstarted Lolla the year before, when it was dead. Historically, the facts are that Morrissey was supposed to come in and perform after we restarted it. I had this great idea to go around the country at Clear Channel venues and do this thing called Bush in 30 Seconds, which is all about what a knucklehead Bush was because I was trying to help John Kerry get elected. So I had people like Rob Reiner, and they were gonna make these small vignettes about Bush in 30 Seconds. What I didn’t know, because I wasn’t so aware of politics, was that Clear Channel is very tight with the Republican Party. So they shut the whole damn thing down around the country and it wiped out Lollapalooza. But that year, Morrissey and the Pixies were set to headline.