There have been more than two dozen studio albums, a live album, and a chunk of compilations for good measure. It’s much more than just an impressive body of work, it’s a sheer marvel. It’s the kind of output that could only come from music lifers, whose dedication and artistic passion for pop music rivals the DNA bonds that tie together brother bandmates Ron and Russell Mael.

Filmmaker Edgar Wright (Hot Fuzz, Scott Pilgrim vs. the World) certainly knows this, which is presumably why his long-awaited and lovingly crafted documentary The Sparks Brothers (in theaters June 18) offers a detailed examination of the band’s career and lasting influence on musicians and creatives (the film’s tagline is “your favorite band’s favorite band,” after all), while simultaneously showing the sibling strings that have kept them entwined — still making music together across the different decades, throughout various head (Russell, 72) and facial hair (Ron, 75) styles, with a variety of musicians, and even — astonishingly — with some guest collaborators (like Franz Ferdinand).

It would have been easier for Wright to have made a film that highlighted the group’s more headline-grabbing moments of commercial success; when SoCal swooned, when they decamped to Britain or pop-rocked the charts in Germany. But that’s not where Wright’s passion led. And that’s something that surprised the Maels’ – not what the director left out, but what he included: “every era of Sparks,” Russell said as he spoke with SPIN via Zoom alongside Ron and Edgar.

“And treating it all kind of really democratically,” Russell continued. “There are the up periods, there’s the down periods, the periods where certain albums went a bit under the radar that he treated with an equal kind of reverence to all other periods. And I think that was something that was really surprising. Really, [it was] something we were really happy about because there are certain eras that some people tend to kind of say, ‘Well, that was the golden era,’ ‘That was the golden era.’ But Edgar wanted to touch on all of the albums. There’s like, more of a saga to it than just dealing with the certain periods that everybody knows about more. And I think it gave it a certain flavor that it wouldn’t have had had you not delved so intensely into every period.” 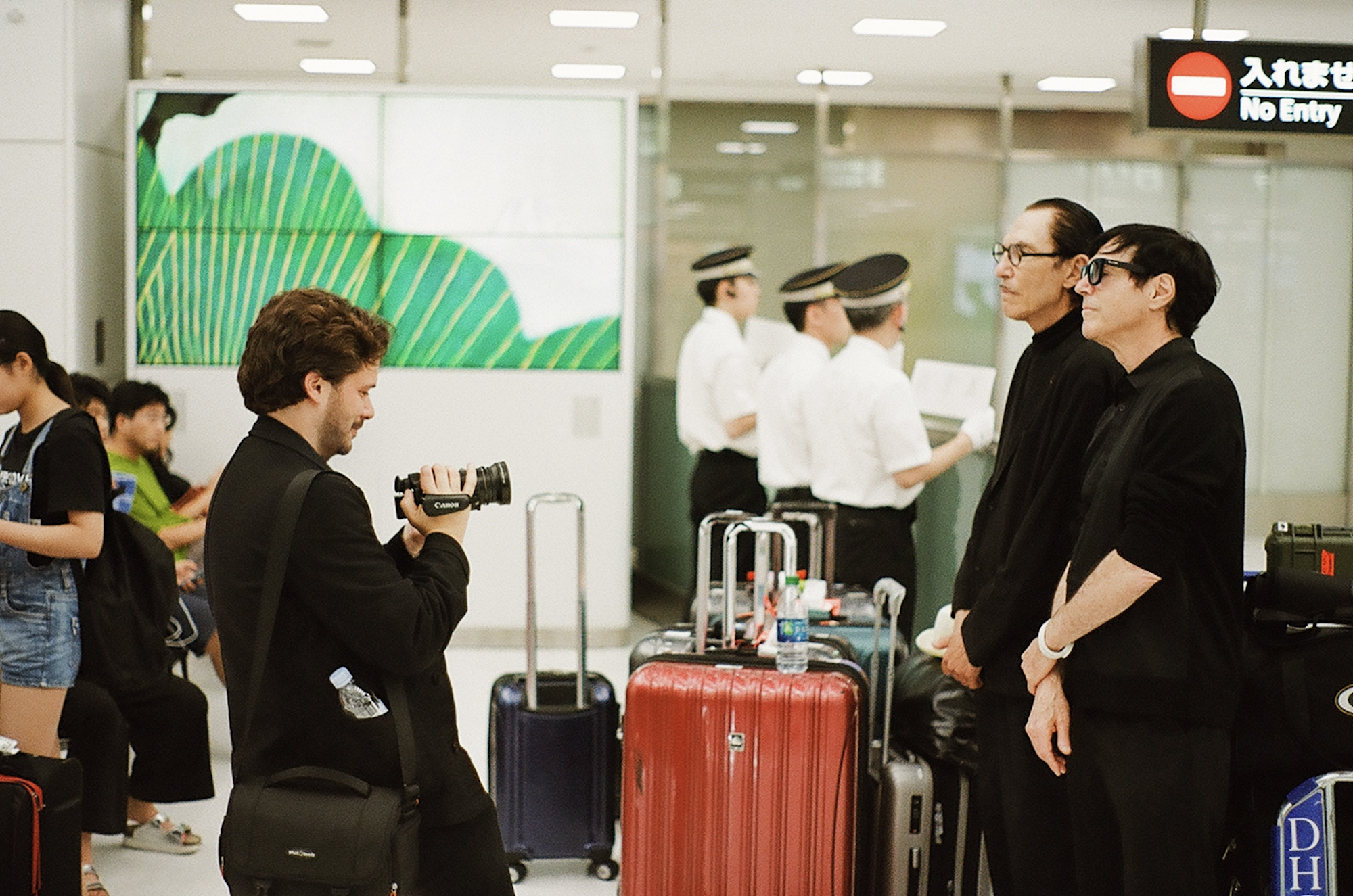 Essentially, even the diehard fans — like those who bought tickets to every one of their “Sparks Live! Spectacular” shows in 2008: 21 consecutive shows, where they played all 21 of the albums they’d released by 2008 at London’s Shepherd’s Bush Empire — are going to discover more than they already know about Sparks with this doc.

Russell says another thing that struck him and his brother about the documentary, which saw their participation in hours and hours of interviews across two years, was Wright highlighting the Maels’ drive.

“There’s also an emotional side that we didn’t ever expect either that comes across through the film,” Russell shared. “Just Edgar getting across the idea of — in any kind of creative field, that perseverance, kind of, is the key — following your own muse, that you’ve got to be really true to what you do. And that sort of came out as a result of Edgar speaking with us. We didn’t expect that to be kind of a major part of the end result of the film and we’re really happy that there was also this kind of really important emotional quality to the documentary.”

Wright, who did 80 mostly in-person interviews for the film with such luminaries as Beck, Flea from Red Hot Chili Peppers, Saturday Night Live alum Mike Myers, and even former collaborator Giorgio Moroder (only one of which — GoGo Jane Wiedlen — happened over Zoom) might be the best person suited to explain Sparks’ ever-lasting, seemingly boundless artistic creativity.

“One of the things — I think I say this in the film — is that while it would be great to have stratospheric mainstreams — like stadium level success, that would be great — but the downside of that is if people want more of the same,” Wright opined.

Reflecting on their overall career with the hindsight of not only being a longtime superfan but having spent hours with the brothers (who he first interacted with via a direct message on Twitter a few years ago), Edgar sees the band’s ebbs and flows as something that has given Sparks “the kind of flexibility to do whatever the fuck they want,” he said.

“Ron and Russell have not been compromised in what they do, and have managed to find sort of an equilibrium where then people expect that, and people expect that Sparks are going to be constantly mutating,” Wright added.

“[It was] brave, in 1979, to sort of ditch the kind idea of being a rock band and become an electronic act,” he continued. “I’m sure some people at the time were like, ‘What the hell are they doing?’ But now it just seems like, just heroic. So, I think there’s something about that, and that’s why I wanted to do the documentary as an overview of a brilliantly uncompromising career.”

Ron doesn’t miss a beat (despite such effusive praise) to push the focus not on the band, but on that passion for pop.

“We’re really lucky, we have always had a love of pop music. I mean, it’s almost perverse at this stage. But, we genuinely love pop music and so we can kind of do pop songs without it kind of being slumming for us,” Ron said. “I’ve listened to other kinds of music as well…not necessarily for direct inspiration on what we’re doing, but just to be inspired that kind of music still matters.

“But we kind of want to explore how far you can take three and four-minute pop songs and it’s kind of an unbelievable thing that there still are ways to come up with something that sounds maybe familiar in one sense, but then, brand new in a certain other way. And so, you know, I’m really passionate about that — the pop music form.”