Mr. Jones and Me

Home » Features » The SPIN Interview » Mr. Jones and Me

In 1965, a year after his first single, “Chills and Fever” failed to gain momentum, “Welshman Tom Jones” snapped, clapped and wound his hips in crisp black and white on the Ed Sullivan Show, singing of how it’s not unusual to find out he’s in love with us, a cacophony of histrionic nymphets screaming, hoping he was singing for them.

Of course, that was only the beginning.

When asked, “How important is sex in rock and roll?” he responds with: “Well, sex, drugs, and rock and roll—but the drug part, I never did. To me, it’s wine, women and song.” He takes a beat, revises. “With me, it’s song, wine, and women—that’s the way it went.”

“It’s Not Unusual” was first offered to ‘60s powerhouse Sandie Shaw who passed it off to Tom. Released in early 1965 (January in the UK, March in the U.S.), by May—before he’d turned 25-years old—it had peaked at No. 10 on the charts. What makes a song so beloved for 56 years? If you look at his hits, or, essentially, anything he touches, it’s that magical collision of space and gravity—and plenty of passion and soul—that makes a star. 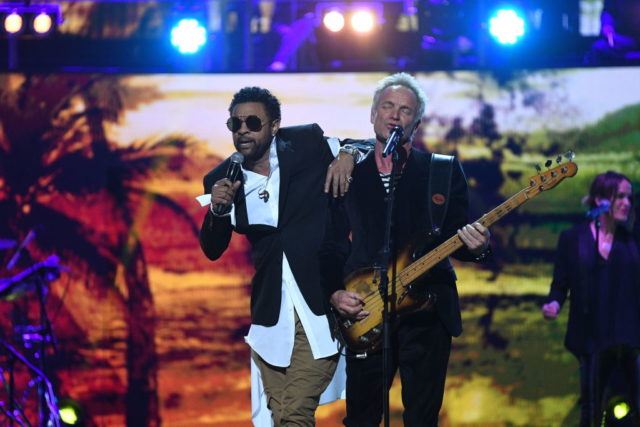 “First of all, I think ‘It’s Not Unusual” is still a great record,’ Sir Tom says. “’What’s New Pussycat,’ it’s so sparkly, it’s so vibrant and ‘Green Green Grass of Home’ is just a beautiful song.”

Since joining UK’s The Voice and mentoring its first winner in 2012, an entirely new generation has come to know him: “A little kid came up to me before lockdown when I was walking through the park and she said, ‘I love you on The Voice.’ I said, ‘Oh, thanks.’ I said, ‘Is it the show you like?’ She said, ‘No, you.’ I said, well and this kid was 10, 10 years old. She said, ‘My favorite song is the ‘Green Green Grass of Home.’ 10 years old, I mean Christ, that’s tremendous.”

His new album Surrounded By Time, released on April 23rd—during his 81st year—is not at all a swan song or a case of a successful singer resting on his laurels. The new album reimagines 12 great songs by great songwriters, as only Sir Tom can sing them.

“This album now…I wanted to make sure that this was as different as ‘It’s Not Unusual’ was back in its day. Because now with [songs] like [Noel Harrison’s] ‘Windmills of Your Mind’, we’ve put something on there that was not there in the ’60s. Dusty got close, Dusty Springfield, but this one now ideally is the one. The same thing with any of them, the ‘Talking Reality Television Blues’, it’s different. We’ve added something to these songs that were not there before. I try to make them, even though I didn’t write them, I try to make them my own. For people that play them in the future [I hope they] say, ‘Jesus, that was a hell of a song, that was a hell of a singer.’ Hopefully.”

“I’m 80 years old, and my voice is about 30,” Sir Tom admits, of his signature booming baritone.

“I pray every day. I pray every day. I get on my knees and pray and thank God for giving me this voice. Yes, that’s what I do,” he says. When pressed about special practices—secrets—whatever witchery has helped his voice stay so young after all these years he says: “I have no idea, and it surprises me. Because I listen to older singers, and their vibrato slows down. Well, mine hasn’t done that yet, and the flexibility of singers, because your vocal cords, they get old and tired, and you can’t use them as well as when you were young. Thank God it hasn’t happened to me, not yet, anyway.

“Well, I hang upside down,” he adds. “I’ve got an inversion table. I hang upside down every day. The blood rushes to your head. You got to breathe upside down, which is…at the beginning, people panic when they go upside down. They think they can’t breathe, but you can as long as you just relax. That’s a relaxing thing to start the day off. I always drink plenty of water. You can’t get dehydrated, and you need sleep. You do need sleep, especially when you’re doing shows. If you’re out on the road, you’ve got to make sure that you rest and drink plenty of water. That’s basically it.”

Singing since childhood, he’d stopped between the ages of 12 and 14 to recover from tuberculosis. Quarantined in his home in Wales, young Tom Woodward’s father bought him a television. “We were the only family in our street that had a television set, and that was because I had TB,” he explains. “I found that there’s always positives to take from situations because I got a TV set. I wouldn’t have had that if I hadn’t had TB. I thought that’s why I did that song on this album, ‘Talking Reality Television Blues,’ because I’ve lived that, and I’ve seen it from the beginning. I watched the coronation in ‘52—the first time on TV they filmed the coronation.” 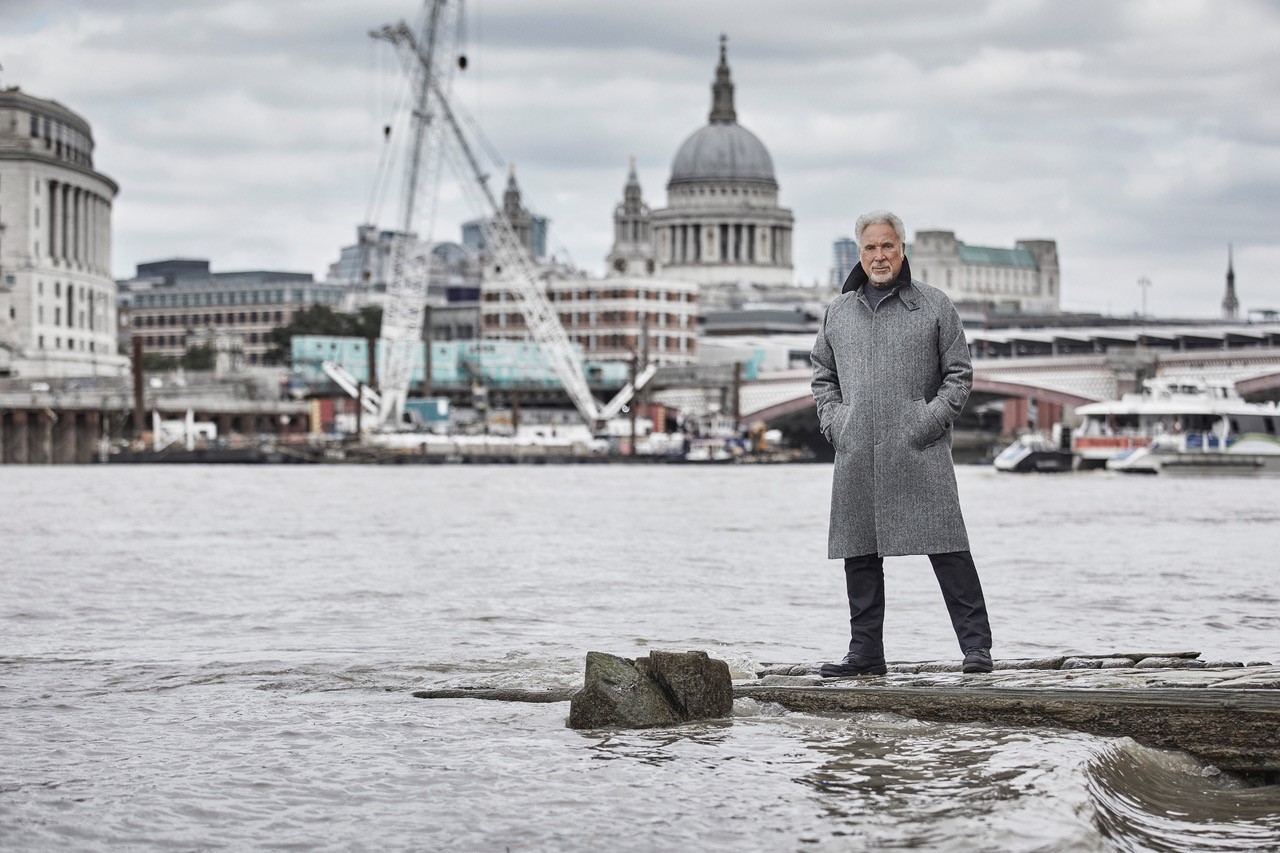 He was quarantined in his home for two years. “I was the only one that was locked up in our street and all the kids are out playing,” he recalls, though, as one of the few in his neighborhood with a television, today he acknowledges something auspicious in that difficult time. “There used to be a variety show that came on a Sunday night. It turned into live at the London Palladium, Sunday nights. There used to be a singer over here called Frankie Borne. He had a big voice, and I used to think, ‘My God, I would love to do what he is doing.’ Like this. Be on that bloody show on television, you know what I mean? I was like, I was fantasizing…. When I was very young, before television, before when I used to see movies of singers, Frankie Lane and people like that in these movies, I used to think, ‘Oh, I got to be a professional singer. I got to make some records.’ All my life, I always thought that.

“I used to go to school, and we’d have a concert on a Friday afternoon because the teacher was putting the register together. She’d say, ‘You just get on with it. You amuse yourselves.’” I would be the master of ceremonies and get kids up to either sing, or tell jokes, or something. Then all the kids would say, ‘You sing Tom. You sing.’ Most of this concert…I’d be doing the singing. I had backing. I had all this from my friends in school, and my relatives, of course, were always saying, ‘Oh, you’ll be a star. When you grow up you’ll be a star. No doubt about it.’ I liked to think, ‘Wow, maybe I will.’

“All of these songs on the album are all to do with my life…different parts of my life,” he says. He’s adamant that he doesn’t have a favorite on the new album, though, a ’67 Bobby Cole track has a certain history and resonance. “But then “I’m Growing Old”…that’s the most tender song on there, and I held that song since I was in my 30s. I’ve had that since I was 32, so. It’s ironic because when I heard that song, Bobby called. The writer gave it to me, and I said, ‘Well, I can’t do it now. I’m too young, and hold it. Hopefully, if I get old, if I ever reach that, I’ll sing it,’ and since then, you see my wife has passed away…” After 59 years of marriage, his wife Linda passed away from cancer in 2016. “Because it refers to that in the song about the lack of hair and dreaming about my wife. Well, she was in her 30s, the same as I was when we were in the ‘70s. These things have come to pass now. Certain things in these songs that have come to pass. It’s a strange thing. That’s why I’ve done this song now, because of the experience that I’ve had through life.”

And what a life he’s had.

“I’ve got pictures on my wall in my flat of all the people I’ve met. Most of the show business people. Elvis Presley’s up there, Jerry Lee Lewis is up there. Frank Sinatra, Louis Armstrong, Ella Fitzgerald, Nancy Wilson. All these great singers and comedians that I’ve met through my television show. I look at them, and I think almost like a third person. I think, Jesus Christ, that’s me standing next to them there with that head of hair,” he laughs, “and that slim waist…!”

From 1969 to 1971, This Is Tom Jones aired for three seasons and 65 episodes of some of the most incredible performances with some of the greatest musicians of our time. “I did a thing yesterday, and the kid that I was doing it with said, ‘I watch that show now on YouTube.’ They can’t believe the cast that I’ve had. Ray Charles and Janis Joplin, all these different people, Stevie Wonder, all that stuff. He said to me yesterday, ‘Would you do that show again?’ I said, ‘In a minute.’”

In the meantime, if you want to see a true legend in action, and go see Sir Tom on tour.

There’s a reason first-timers leave his shows breathless. He’s a supernova on stage, delivering a performance of a lifetime every single time.

“It’s almost like an out-of-body experience that I have when I go on that stage,” he says. “It’s a strange thing that happens. It really is strange. I can’t explain it. It just happens. Now recently, this just happened recently, we had done the record, and the people here, at EMI Records, some of them, the younger ones especially, hadn’t ever seen me perform. My son Mark, who’s also my manager, says, ‘Why don’t we do the songs, we’ll go to the studio in Wiltshire.’ Which we did part of it. Most of it was done in Wales, but some of it was done down in Wiltshire [England]. He said, ‘What about if we do these songs live, so they can really see what you do–live?’ I said, ‘Fine.’ We went down. Well, I’m not kidding…thank God, I still have that effect on people, because this young girl that works with EMI, she said, ‘I can’t believe what I’m hearing here.’ She said, ‘It’s something that I’ve heard on the recordings, yes. Now seeing what you do, it’s unbelievable.’ I said, ‘Well, that’s what I do.’”

And he laughs. It’s the laugh of a man with absolutely nothing to prove.

As of now, his 2021 tour includes select cities throughout Europe, starting in May. If you have a chance to see him live, don’t think about it—go.

“Hopefully I’ll be able to come to the States,” he says, of his 2021 tour. “If there’s any possibility of doing shows, I’ll be there.

And then he adds: “I would say that you personally asked me to be there, so I will be there.”