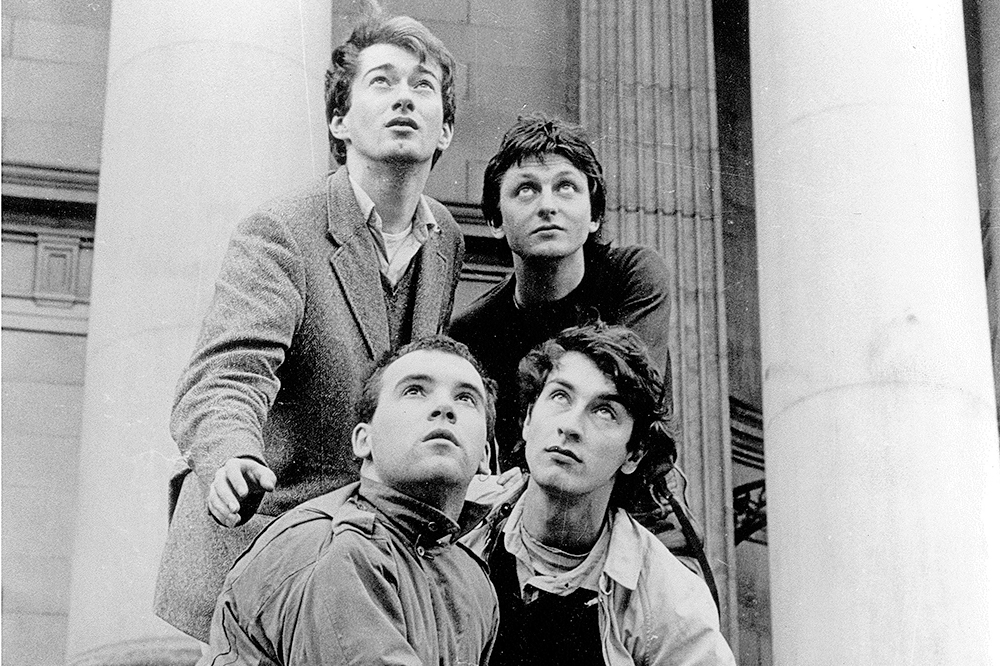 Gang of Four will be bringing some cheer to their fans with the upcoming release of a new limited edition box set at the end of the year.

Gang of Four: 77-81 will include remastered versions of Entertainment! and Solid Gold, an exclusive singles LP and a double LP of the “never officially released” Live at American Indian Center 1980. But that’s not all.

It will also contain two new badges and a C90 cassette tape “compiling 26 never-before-issued outtakes, rarities and studio demos from Entertainment! and Solid Gold.” There will also be a 100-page, full-color hardbound book that features the band’s history with never before seen photos, flyers, posters, liner notes and more.

In July, Gang of Four released a playlist of their best performances throughout the years. And earlier this year, founding member Andy Gill died, sparking tributes across the music spectrum.

Watch Gang of Four’s performance of “He’d Send in the Army” from a 1980 concert.