The cover is off 'AngelHeaded Hipster: The Songs of Marc Bolan and T. Rex' 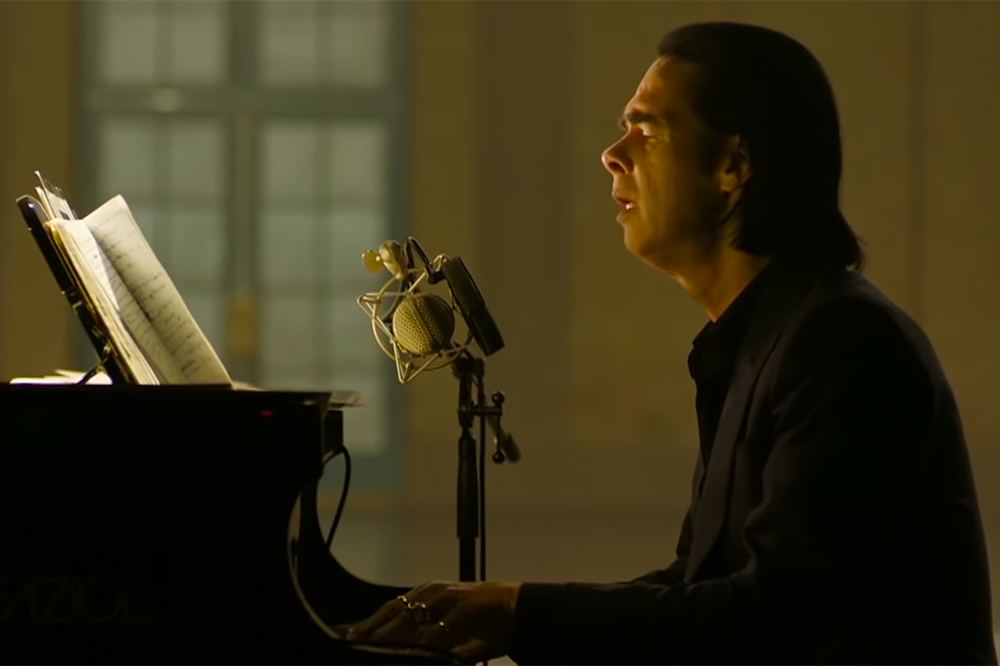 To celebrate the release of AngelHeaded Hipster: The Songs of Marc Bolan and T. Rex, which was released Sept. 4, a number of the artists are playing their versions of the T. Rex tracks they contributed to the album.

Last night, Nick Cave did a live rendition of “Cosmic Dancer,” which is off T. Rex’s 1971 Electric Warrior album. The performance looks like it was done while Cave was filming his recent concert movie, Idiot Prayer. Watch the performance below.

Speaking of the Idiot Prayer, Cave has also shared a new extended trailer for the movie, which is set to hit theaters on Nov. 5. The live album will release two weeks after, on Nov. 20.

Watch the extended trailer for Idiot Payer below.