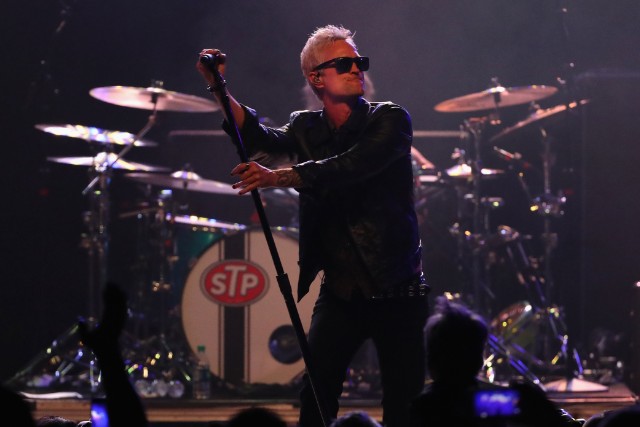 If you were looking forward to seeing the Stone Temple Pilots in February, we’ve got bad news: The band has canceled its acoustic tour. According to the press release, singer Jeff Gutt is suffering from a “severely herniated disc” that his doctors say needs immediate surgery followed by weeks of recovery and physical therapy. The lead vocalist, who joined the band in 2017, is expected to make a full recovery.

While the February tour in support of upcoming album Perdida is out of the question, the Stone Temple Pilots will continue on as planned for their Australia shows with Bush and Live. All three bands are celebrating the 25th anniversaries of their albums this year: STP’s Purple, Bush’s Sixteen Stone, and Live’s Throwing Copper. Stone Temple Pilots are also continuing with the U.S. summer tour with Nickelback, and are hoping to reschedule their acoustic tour for later in the year.

Stone Temple Pilots first announced their eighth studio album on December 2. They released the first single from the acoustic record, “Fare Thee Well,” the same day. “Most of our songs start acoustically, and we felt these would come across in the most genuine way if we kept them that way,” bassist Robert DeLeo told Rolling Stone about the album at the time.

Perdida is set to drop on February 7.