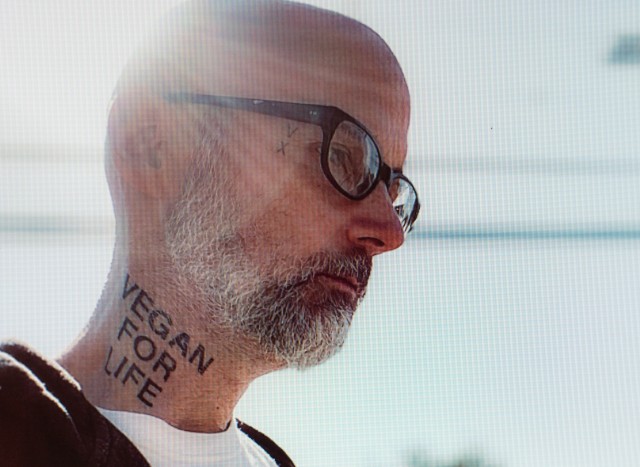 Moby has announced a new album titled All Visible Objects and released the first single, “Power Is Taken.” The song features Dead Kennedys drummer D. H. Peligro barking revolutionary koans like “Power is not shared / Power is taken” over an industrial techno backbeat.

The album is set for release on March 6 via Mute. In a press release, Moby said that 100 percent of the LP’s profits will be donated to various charities including Mercy For Animals, Rainforest Action Network, and the American Civil Liberties Union.

All Visible Objects is Moby’s first album since Everything Was Beautiful, and Nothing Hurt in 2018. Since then, the artist released a memoir titled Then It Felt Apart that led to Natalie Portman revealing he’s “creepy.” He also got involved in Congress’ Donald Trump investigation somehow.

You can watch the music video for Moby’s new single below.