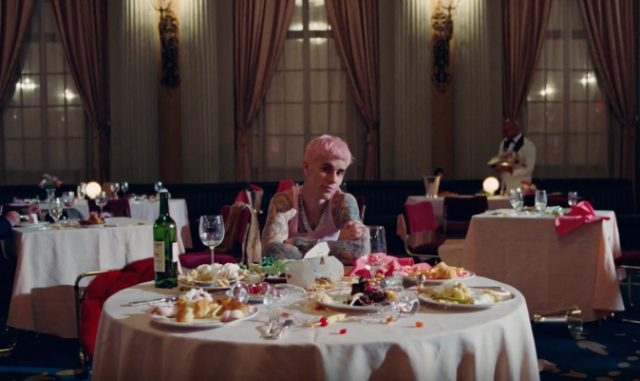 Four years since his last album Purpose, Justin Bieber is gearing for big things in 2020. The former child star announced a new album, docuseries, and tour back in December, when he released a teaser trailer for his new material. Now, Bieber is back with “Yummy,” a new single and our first taste of new music since his return.

The slow-burning single feels like the kind of R&B we’ve come to expect from Bieber, with woozy trap production and a melodic hook reminiscent of his 2016 collaboration with Post Malone. Co-written by longtime collaborator Poo Bear, the track also calls to mind softer, guitar-leaning Poo Bear collaborations like “Hard 2 Face Reality.” Building around an obviously sexual metaphor, Bieber makes an otherwise over-the-top single feel moody and subdued, even if he doesn’t quiet land the Ty Dolla Sign-esque ad-libs. “Hundred racks, help me spend it, babe / Light a match, get litty, babe,” he slurs in the pre-chorus.

The track also arrives with an accompanying video, which presents Bieber in an elaborate restaurant setting. Surrounded by older attendees, the vocalist is presented with a variety of visually enticing foods as the party erupts into an all-out dance jam.

Justin Bieber’s yet-untitled new album is set to arrive in May 2020. His fourth studio album Purpose dropped in 2015, featuring the singles “Sorry,” “What Do You Mean?,” “Love Yourself,” and “Company.” Check out his new song “Yummy” below.