In his address, the president threatened to invoke severe sanctions against Iran, but seemed amenable to deescalating the burgeoning military aggression. Still, the nine-minute address was packed with the president’s standard potpourri of falsehoods, lies, and bouts of incoherence. But the most striking aspect of his speech had less to do with what he said than how he said it. Which is to say, Trump was slurring and snorting through an address that was ostensibly designed to calm a nation on the brink of war.

Trump has never been a particularly graceful public speaker, but his mush-mouth sounded especially pronounced this morning. There was heaviness to his speech, as if he was struggling to talk through cottonmouth. He also had difficulty with the letter S, which he couldn’t pronounce without a drawn out hiss, as if he were a snake. One of the more flagrant examples entails the president mangling the pronunciation of “tolerated” while condemning terrorism.

At the 6:50 mark in the video embedded up top, the president stumbled while trying to brag about his “historic accompliments.” He did manage to pronounce “accomplishments” correctly a few seconds later.

People with weak stomachs should skip past the 7:54 mark, where it looks like Trump’s tongue is trying to physically escape his mouth. Unfortunately, the queasy among us will have difficulty fast-forwarding through POTUS’s sniffling as he snorted into the mic a total of 58 times, according to a supercut compiled by media consultant Tim Burke.

58 times. He sniffed 58 times during his address. Here are all of them. pic.twitter.com/GoAIfsfdLd

Burke also captured a moment where Trump seems to trail off mid-thought.

Granted, one could argue that the biggest clue that something is off with the president has to do with the patch of skin the size of Argentina the commander-in-chief missed by his hairline while applying foundation. 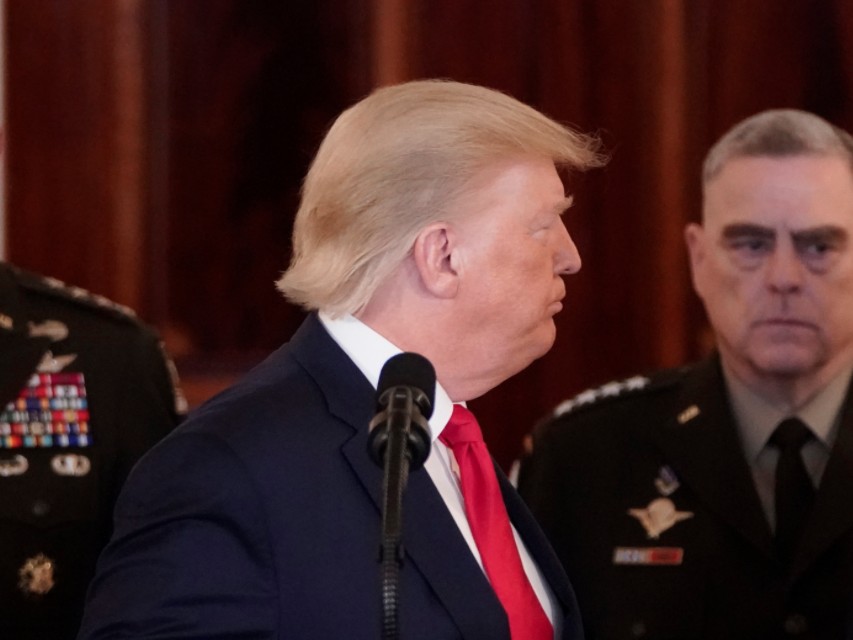 Trump isn’t presenting himself as a guy in control of his faculties at the moment.