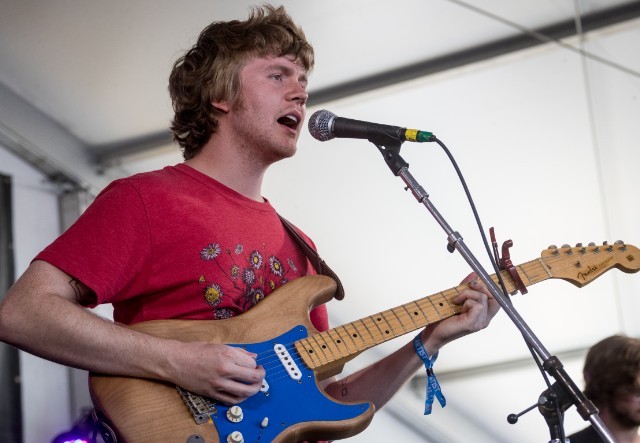 Pinegrove have released a new song called “Moment,” the New Jersey band’s first music since their self-released third album Skylight last year. There’s no word yet of a full album, but it seems like one might be on the way: the release of “Moment” accompanies the news that Pinegrove have signed to Rough Trade Records, and the song is their first material released via the venerated indie.

The band’s road to Rough Trade has been jagged one. After their second album Cardinal brought them from cult-favorite status to the brink of top-tier indie stardom, songwriter and bandleader Evan Stephens Hall published a letter addressing allegations of “sexual coercion” that had been made against him privately by an unnamed woman—”someone i was involved with for a short but intense period of time,” he wrote. The band canceled its upcoming tour, announced a hiatus, and mutually parted ways with Run for Cover Records, its label.

It soon became clear that the allegations were even more complicated than they initially seemed: a Spin report revealed that Punk Talks, a mental health nonprofit that had been involved in facilitating Hall’s statement, had done so “without [the accuser’s] knowledge, support or permission”; later, a mediator between the accuser (who remains anonymous) and Hall told Pitchfork that “the accusation is not of a physical nature at all,” but instead involved “verbal and contextual pressure.” After about a year off, the band announced via the Pitchfork story, apparently with the accuser’s approval, that it would continue to play shows, and release Skylight without a label. The album was met with a muted and uneasy but otherwise positive response from fans and the press.

“Moment,” the new single, is squarely in line with Pinegrove’s blend of wordy heartfelt emo and twangy folk-rock, setting a refrain of “I’m scared to know / But I need to know,” to an accompaniment of interlocking clean guitars. The band will begin a U.S. tour next week, several dates of which have already sold out.