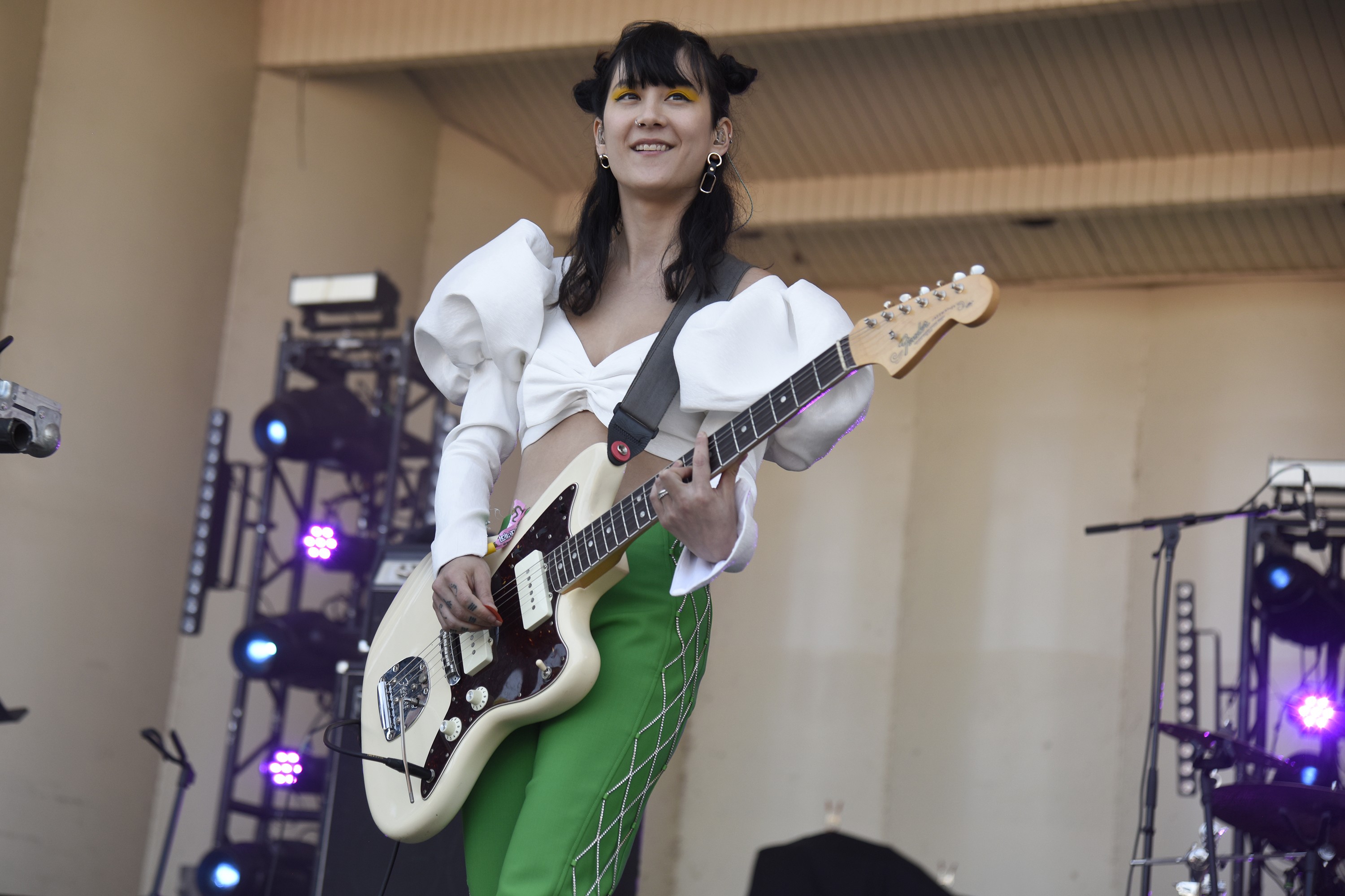 Japanese Breakfast played two sets this weekend in Chicago—one at Lollapalooza and another at Lincoln Hall as part of the festival’s afterparty festivities. The band took the opportunity to pay tribute to the city with a cover of hometown heroes Wilco’s Yankee Hotel Foxtrot favorite “Jesus, Etc,” which they played during both sets, as Stereogum points out.

“We learned this song especially for Chicago…so hopefully we do a good job,” frontperson Michelle Zauner told the Lincoln Hall crowd before tuning up, taking a sip of water and diving into the track. The band’s rendition stayed fairly close to the original, with two violinists leading the intro. In both performances, Zauner strummed along on her electric Fender Jazzmaster instead of the acoustic guitar used on the original recording, but kept things light, especially considering some of the other heavier moments of their set.

The band also teased the cover on Twitter, where they posted a screenshot of the song’s guitar tablature. The song marks the latest in a series of covers that the band has introduced to their sets in recent months including the Cardigans’ “Lovefool,” Carly Rae Jepsen’s “Run Away With Me,” the Mamas & the Papas’ “California Dreamin’,” and more. Watch the band play “Jesus, Etc.” below.