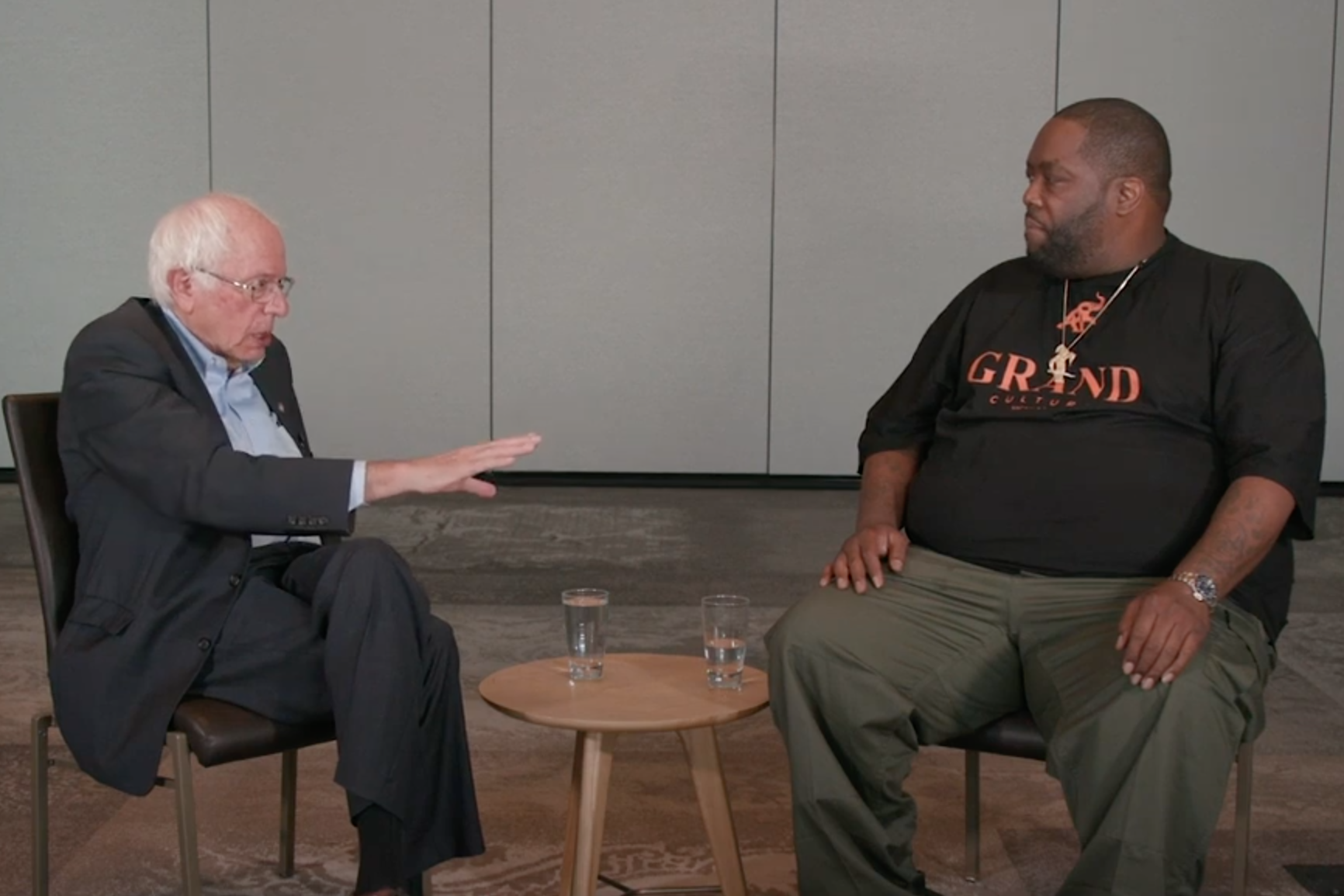 Bernie Sanders sat down with his old pal Killer Mike for a conversation about healthcare, education, workers’ rights, and more of the progressive issues on which he’s basing his 2020 campaign. Killer Mike fought hard for Bernie in the 2016 race, and, according to his Twitter, remains “all the way in.”

Suggests Killer Mike: “Black people are more disproportionately affected by diabetes than any other group. So when you say diabetes and are talking about free health care, I want people who look like me on the other side of the camera to recognize this is a black issue.”

“Last year, Mike, the top ten drug companies made $69 billion in profit,” says Bernie. “So the issue that we throw out there, the policy issue is, is the function of health care to provide quality care to all, or is it to make huge profits for the drug companies and the insurance companies.”

Mike also goes out of his way to defend Bernie’s connections to the hip-hop community, and his recent video interview with Cardi B. “People ride you a little for getting hip-hop on board, but it’s not like you sent out feelers in the hottest clubs, you don’t have Bernie Sanders in the compound, buying bottles, recruiting us,” he says. “Kids in hip-hop comes from working class and poor environments.”