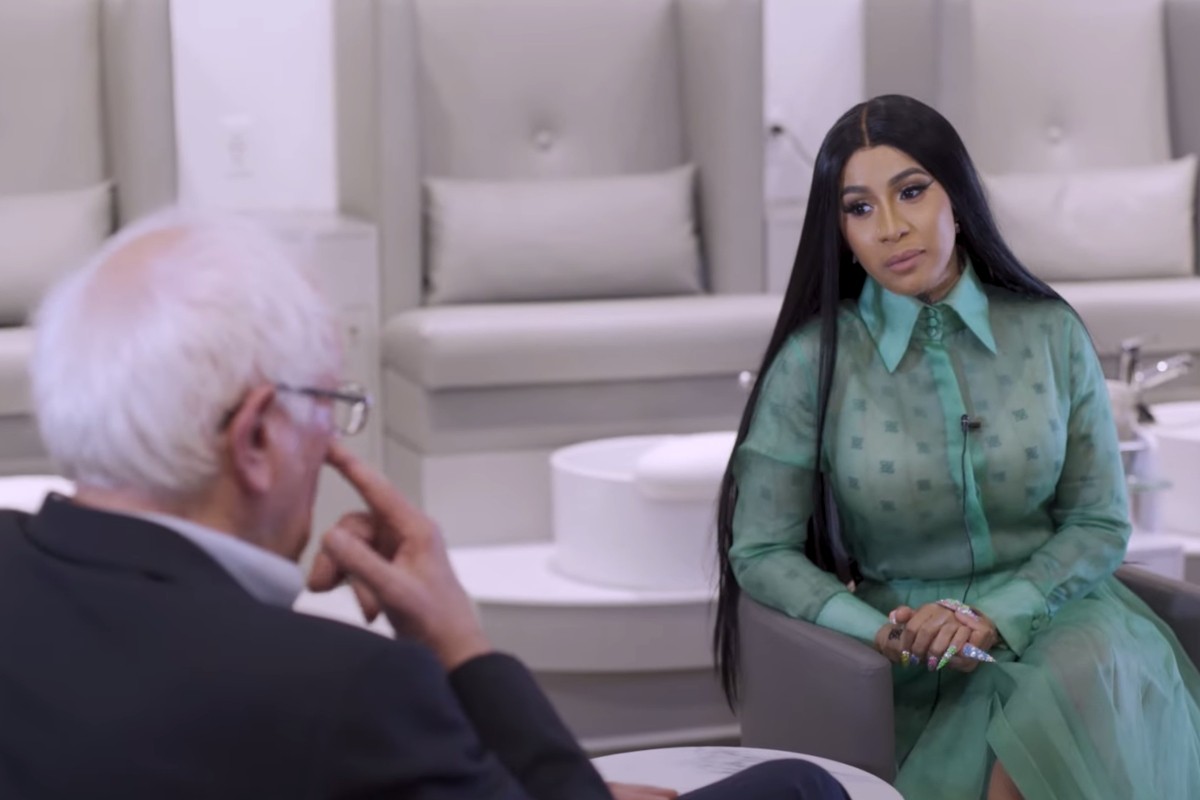 It finally happened: Cardi B and Bernie Sanders linked. The rapper met Sanders at a nail salon in Detroit to ask the Democratic presidential candidate questions about policing, universal healthcare, student debt, immigration reform, and more. Just a charming chat about policy between two great minds who appreciate the finer things in life like hip-hop and a strong social safety net.

Bernie has been courting Cardi ever since she expressed her admiration for Franklin Roosevelt’s New Deal in an interview with GQ last April, to which he responded with the good tweet, “Cardi B is right.” Just last month, Cardi mourned the Vermont senator’s loss to Hillary Clinton in the 2016 primary. “I’m really sad how we let him down in 2016,” she tweeted. “This man been fighting for equal rights,HUMAN rights for such along time.”

Sanders is currently leading the Democratic field in individual campaign donations by a large margin and pulled in the most combined money and in-kind contributions of any candidate during this year’s second quarter. Norah Jones, Brandi Carlile, Jackson Browne, (Sandy) Alex G, and Rostam Batmanglij are just a few of the musicians who have donated to his campaign.

Watch Bernie and Cardi’s conversation below.