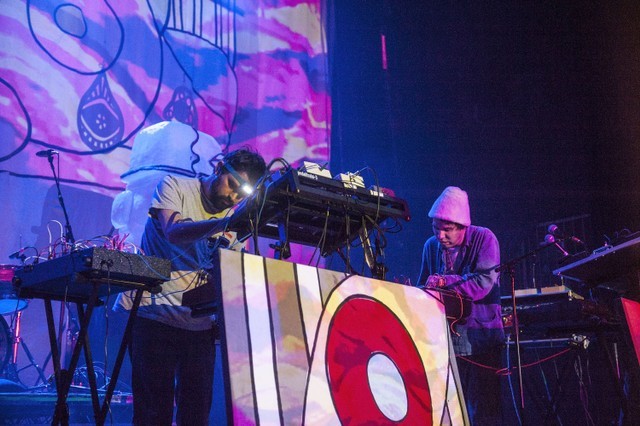 Animal Collective’s Avey Tare and Geologist are the latest artists to cover Silver Jews in tribute to David Berman following his death by suicide earlier this month. The duo recorded a take on “Ballad of Reverend War Character” from Silver Jews’ sophomore album The Natural Bridge, layering guitar vibrato textures and odd bits of percussion while still preserving the original’s marching, plaintive tone. The duo shared the story behind the cover in a statement:

A few weeks ago we planned on seeing Purple Mountains together. Instead we spent the night listening to David’s records and talking about how much his music and art meant to us. He was an inspiration for decades. One we wouldn’t be here without. We’ve been playing covers of his music since 1994 when we first picked up guitars together, so it felt like one of the few things we could do to get through the sadness. The next day we worked on this cover of “Ballad of Reverend War Character”.

Bill Callahan and First Aid Kit have also covered Silver Jews in recent weeks. Tare and Geologist released their cover on Bandcamp, where a download is available for purchase at any amount. All proceeds from the track will be donated to the MusiCares & Music Health Alliance at the request of Berman’s family. You can read SPIN’s own tribute to the late artist’s songwriting here.

Listen to Avey Tare and Geologist’s rendition of “Ballad of Reverend War Character” below.