Like the second round of Democratic debates, the third debate was interrupted by protestors. This time, about two and a half hours into the three-hour event, hecklers in the audience began chanting as Joe Biden was about to respond to a question about setbacks.

According to several reports, they were bringing attention to DACA, shouting: “We are DACA recipients, and our lives are at risk.” 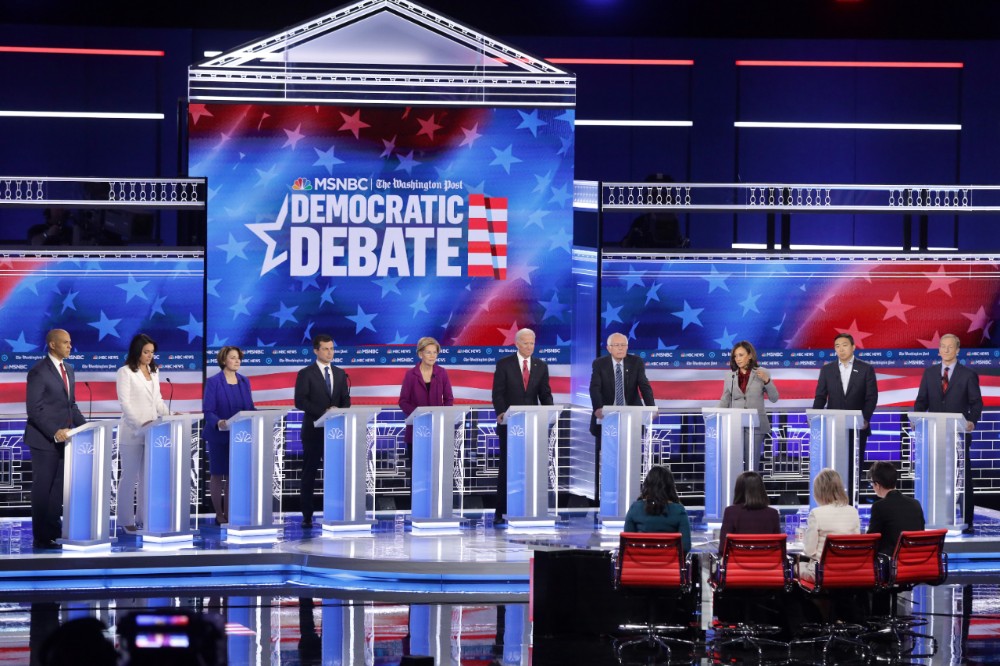 The atmosphere was anything but calm shortly after the second night of CNN’s presidential debate kicked off on July 31. Minutes into the candidates’ opening statements, protestors shouted from the audience, disrupting early remarks from Bill de Blasio and Cory Booker.

First, de Blasio was interrupted while discussing being mayor of New York City. From the back of the room, protestors called for de Blasio to “fire Pantaleo,” referencing New York City police officer Daniel Pantaleo. Panteleo, who was involved in the 2014 death of Eric Garner. The Justice Department earlier in July declined to bring civil rights charges against the officer, who had placed Garner in a chokehold.

Later, Booker was also interrupted and briefly paused his opening remarks to wait for the chants to die down. Security went on to remove the protestors, who chanted similar phrases about Panteleo, from Detroit’s Fox Theatre.

Pantaleo is the Staten Island cop involved in Eric Garner death. Bill de Blasio was the target of the protest.

Spokespeople for both de Blasio and Booker addressed the remarks on Twitter, where they praised the protestors for speaking their minds.

“To the protestors in the audience today: I heard you. I saw you. I thank you,” de Blasio’s team wrote in a tweet. Booker staffers added: “That’s how change is made.”

To the folks who were standing up to Mayor de Blasio a few minutes ago—good for you. That's how change is made. #DemDebate https://t.co/zix0UzmZFa

To the protestors in the audience today: I heard you. I saw you. I thank you.

This is what democracy looks like and no one said it was pretty. #DemDebate

Check out our live blog for more updates from tonight’s debate.