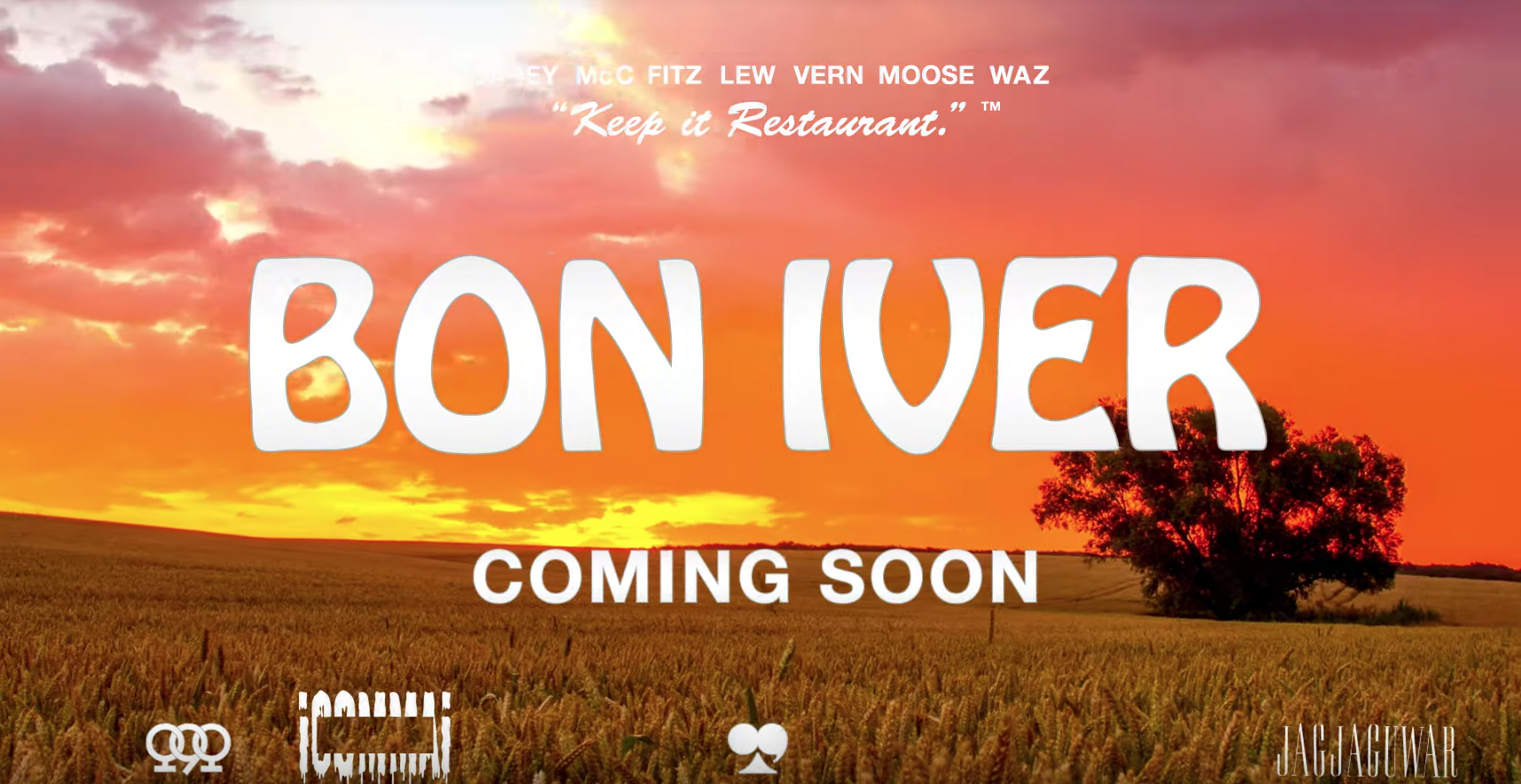 Justin Vernon is clearly on the verge of releasing a new Bon Iver album, but he refuses to spell it out, i.e. give a release date, a title, some cover art, and so on. Instead, he’s unveiled a confusing new website, released two songs, “Hey, Ma” and “U (Man Like)” and now, posted a silly (but I would also say, good) minute-long trailer for…something.

The video is entitled “Sincerity Is Forever in Season,” and its aesthetic has a lot in common with a state tourism ad or a Jack Handey Saturday Night Live segment from the ’90s. Beginning with For Emma, Forever Ago’s “Skinny Love” playing the background, the narrator murmurs: “Bon Iver, born of winter.” The clip progresses through the seasons with chronological clips of Bon Iver’s music, leading up to the present; “Now it might be autumn, it might be,” the narrator says. The final clip is from his recent single “Hey, Ma” with some obscure final credits that include the titles “Keep it Restaurant” and “COMING SOON,” and the logo of his label Jagjaguwar.

Bon Iver is set to head out on a North American tour at the end of August; it’s being billed as an “autumn” tour, which is no doubt relevant to this clip. Read our review of “Hey, Ma” here, and watch the Bon Iver trailer below.