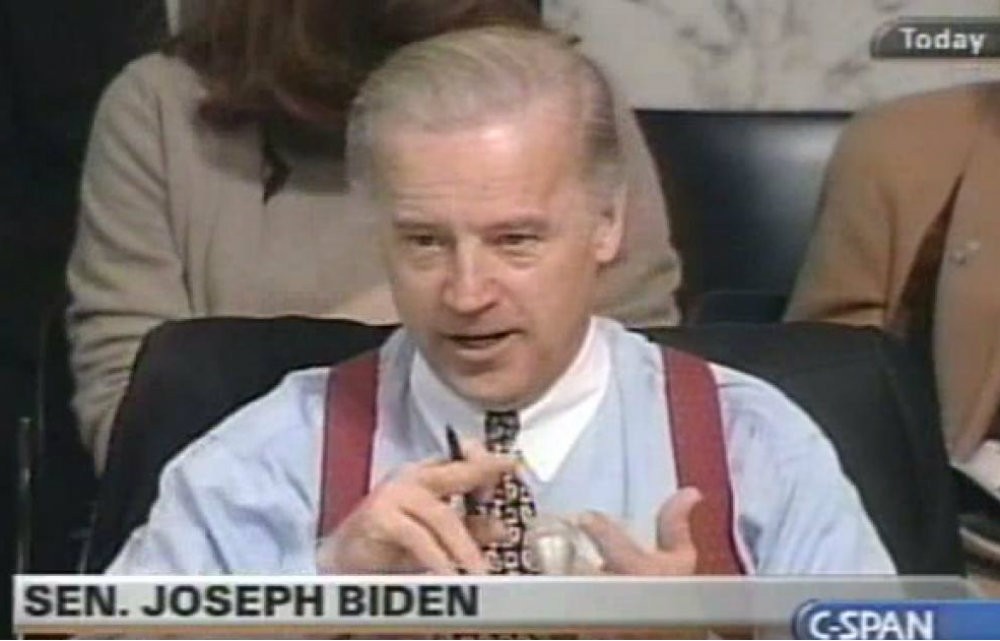 A clip of 2020 Democratic hopeful Joe Biden from 2001 has been making the rounds recently. In it, the then-Delaware senator is arguing on behalf of the RAVE—or “Reducing Americans’ Vulnerability to Ecstasy” Act—which the former vice president co-sponsored in order to crack down on the distribution and use of MDMA at clubs.

The bipartisan bill became law in 2003 after its name was changed to the Illicit Drug Anti-Proliferation Act. As the Austin Chronicle put it at the time, the law “expands the existing federal ‘crack house statutes’ (also authored by Biden) by enabling the government to prosecute any person that makes available any property for any use if drugs—even those being held by a third party—are found on the premises during the event.”

Club owners and event promoters (which could basically just mean any kid in UFO pants passing out fliers) could be fined up to $250,000 or face up to 20 years in prison if drugs were sold and used on the premises. If this piece of legislation sounds more like a tool to bolster an already pointless drug war than a law designed to protect people, then Biden’s testimony at a 2001 Senate hearing only drives that point home.

“I think this is a local problem,” Biden said at the time. “If I were governor of my state or the mayor of my town, I would be passing new ordinances relating to stiff criminal penalties for anyone who holds a rave, the promoter, the guy who owns the building. I would put the son of a gun in jail. I would change the law.”

Video of his testimony can be viewed on C-Span’s site.

If the draconian law was intended to protect ravers from the dangers of drugs, it unfortunately made clubs more dangerous. That’s because the presence of harm-reduction and drug-education advocates who provide medical care, water, cool-down spaces, or Ecstasy-tablet testing at the venues infers that owners of events spaces are aware drug use takes place on the premises, and are therefore vulnerable to prosecution.

Given the shameful legacy of mass incarceration tied to drug enforcement, Democrats should really ask themselves if they want to nominate one of the biggest cheerleaders of a racist drug war to lead the party into 2020.