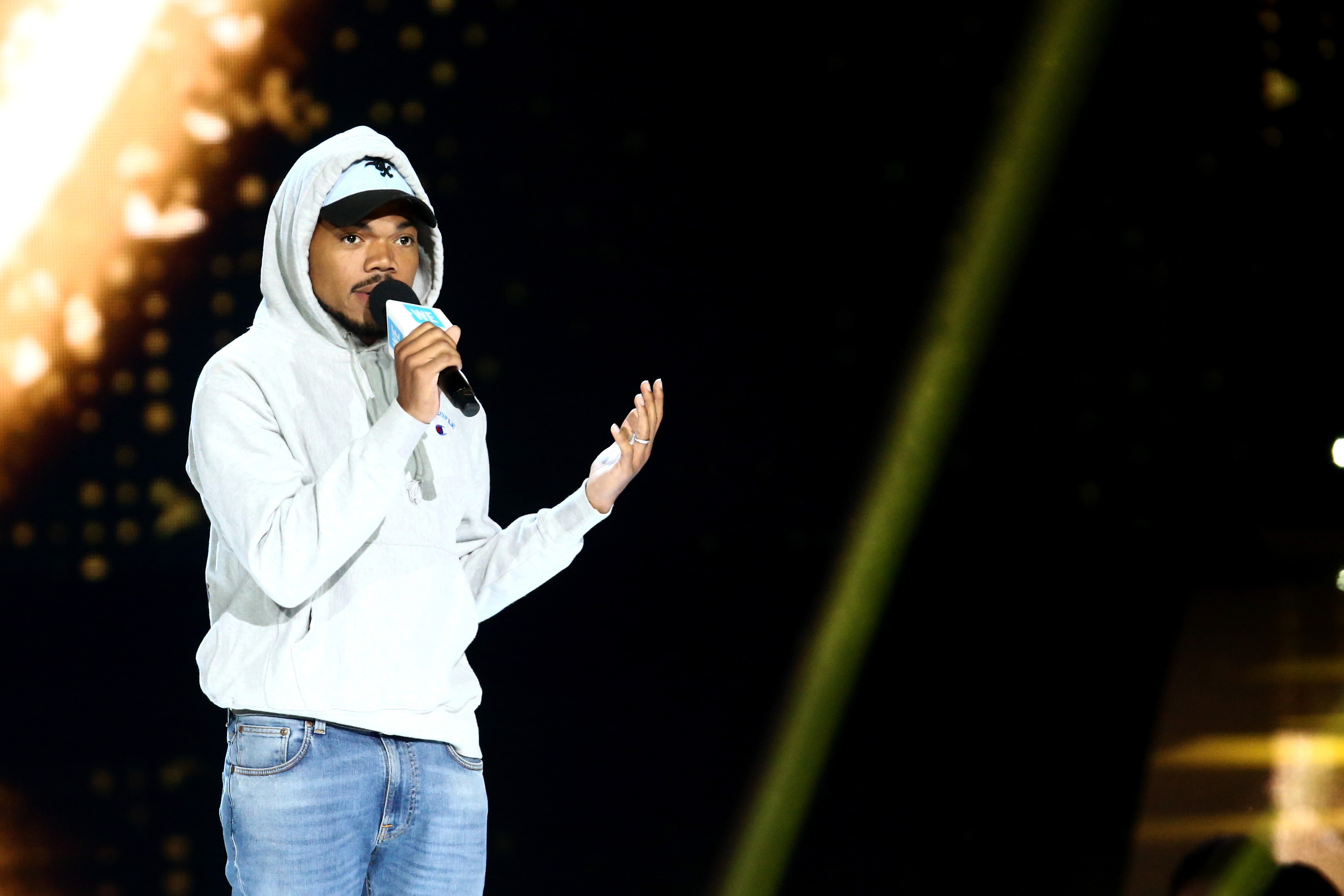 Chance the Rapper re-released his first two solo mixtapes 10 Day and Acid Rap on major streaming services today. Both projects were previously exclusive to Datpiff, Soundcloud, and other websites with less formal rights management. Bringing the original versions of the songs to platforms like Spotify and Apple Music required the Chicago rapper to clear samples and contract royalty splits with producers and guests, and as Billboard points out, not everyone played ball. Acid Rap single “Juice,” built around piano chords from Donny Hathaway’s 1972 song “Jealous Guy” (originally written by John Lennon), has been replaced with a 30-second clip of Chance explaining the situation.

“Hi, so I really wanted ‘Juice’ to be on the mixtape, but I couldn’t get it cleared in time. But every time you play this track all the way through, all the streaming proceeds go directly to [Chance’s nonprofit] Socialworks,” he says. With ten seconds left to fill in order to meet Spotify’s rules, which require songs to be streamed for over 30 seconds in order to count for payment, Chance continues, “So run this back and play it all the way through. Again, I really appreciate you guys being here since day one, and the album is coming real soon. Ahh!”

It’s a clever response to an increasingly common problem. As more artists attempt to bring projects released in legal grey areas onto platforms where copyrights are enforced more rigorously, the music risks changing into more legally compliant, different forms. Chance’s own collaborator Jamila Woods was forced to re-record songs on her acclaimed 2016 debut Heavn in order to release the LP on official platforms via Jagjaguwar one year later. Drake’s (ultimately fruitful) attempts to retroactively clear samples on his breakout mixtape So Far Gone led to a feisty online feud last year with Kanye West, who initially declined to clear his “Say You Will” beat.

In any case, the rest of Acid Rap remains intact, and fans can still listen to “Juice” on other corners of the internet.