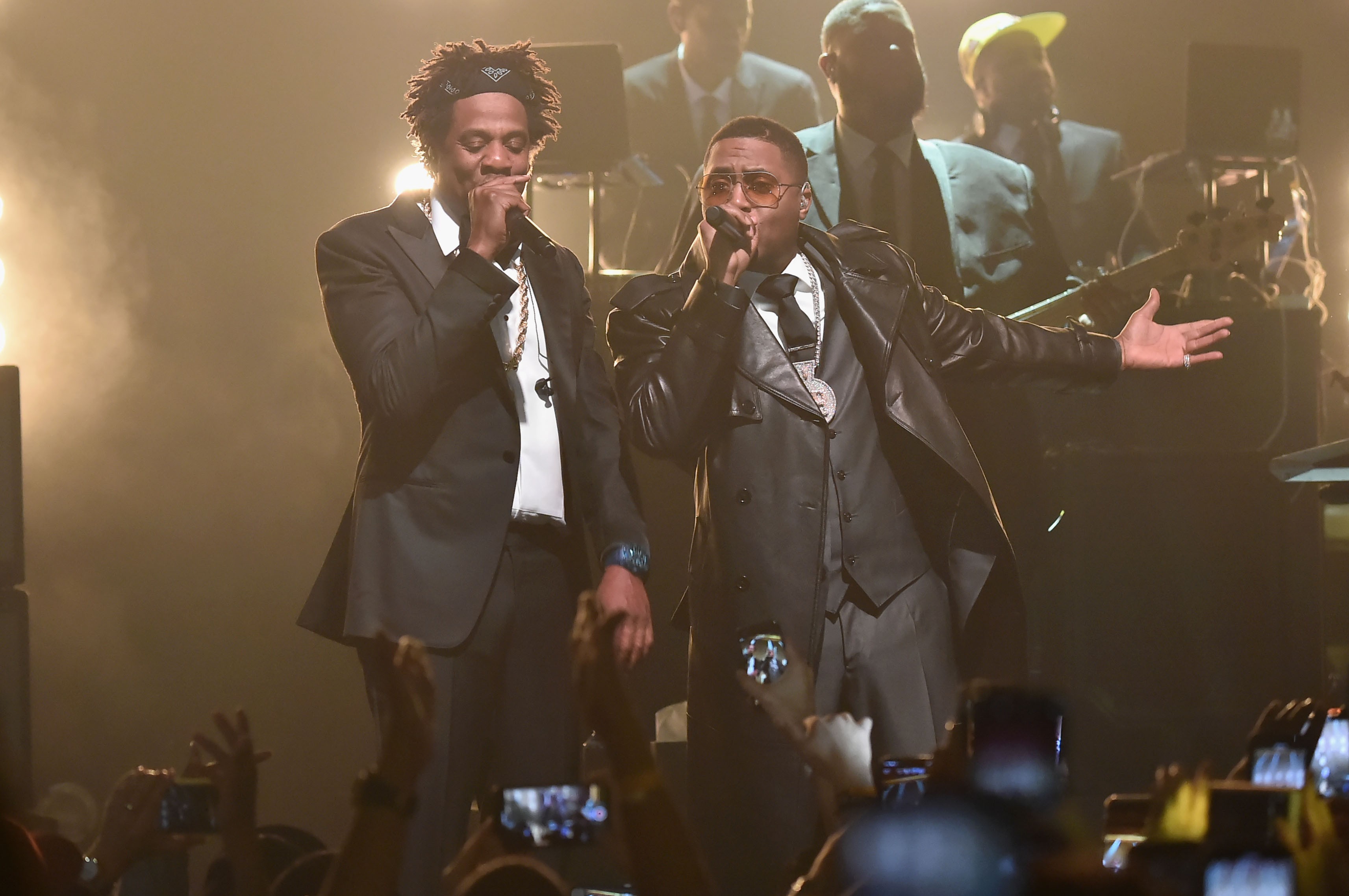 New York’s Webster Hall reopened last night after closing for extensive renovation. To celebrate the occasion, Jay-Z hosted a concert at the Bowery Presents venue, where he brought out fellow New Yorker Nas to perform the rapper’s Illmatic classics “The World Is Yours” and “N.Y. State Of Mind,” this time as part of a new mashup combined with Jay-Z’s Reasonable Doubt single “Dead Presidents” Elsewhere in his set, Jay-Z brought Cam’ron and Jim Jones onstage.

Jay-Z’s last solo album 4:44 was released in 2017, followed by Everything Is Love, his collaborative album with Beyoncé, last year. Recently, he penned a tribute to the rapper Nipsey Hussle, who died after being shot in his native Los Angeles late last month. Nas’ 1994 debut album Illmatic recently celebrated its 25th anniversary. Watch the two rapper’s team up at Webster Hall below.

Jay Z performed a new freestyle at the B-Sides show.

"Gentrify your own hood before these people do it.
Claim eminent domain and have your people move in.
That's a small glimpse into what Nipsey was doing.
For anybody still confused as to what he was doing."
- Jay Z pic.twitter.com/d20cEEYSD2

I REALLY MEAN IT.