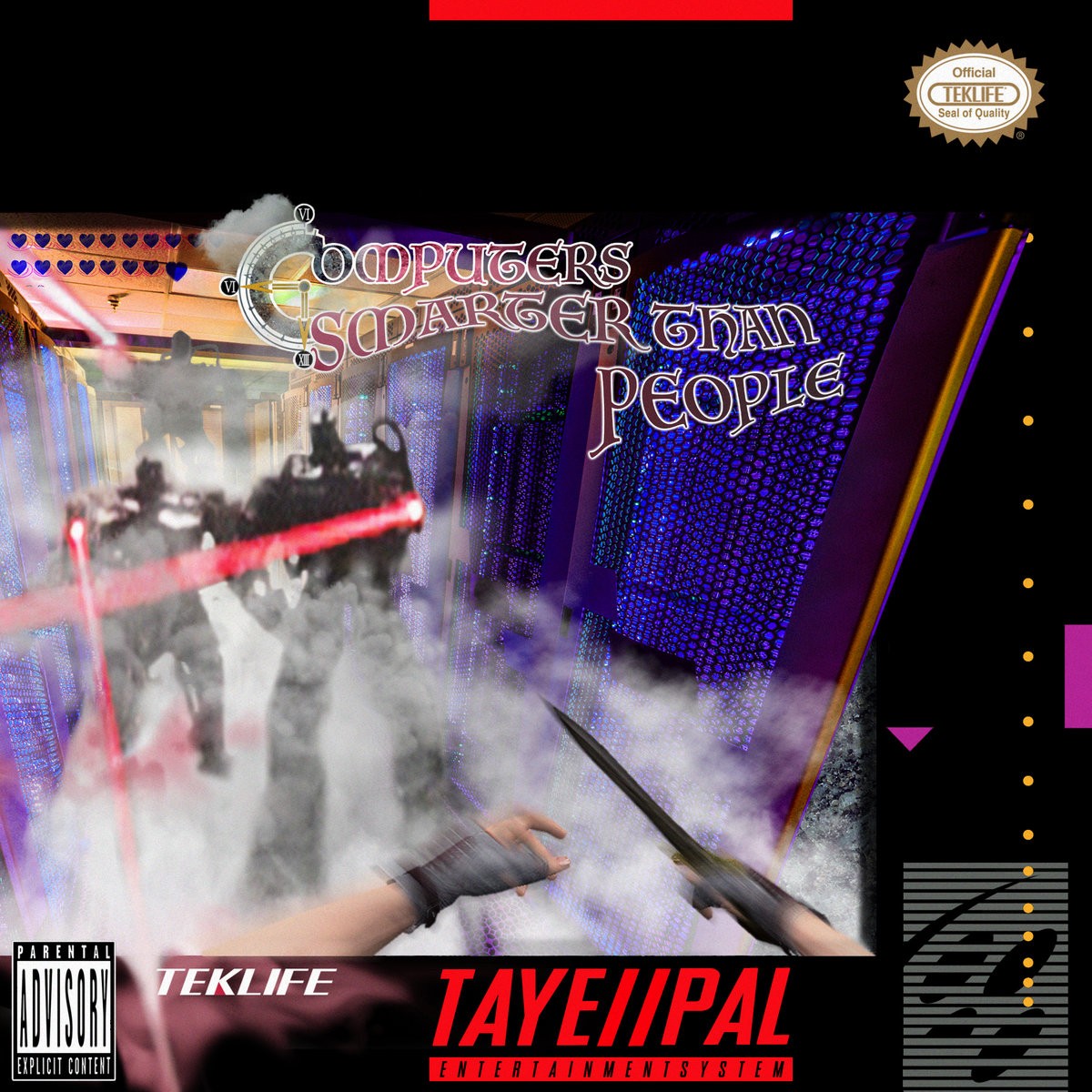 Veteran footwork producers DJ Taye and DJ Paypal have dropped a new collaborative mixtape called Computers Smarter Than People. Originally teased on Twitter, the 13-track release is packed with glitchy samples and track titles taken from classic video games like Tetris, Super Smash Bros., Rayman, and the Mario franchise. Like much of Paypal’s solo material, each track stretches its unorthodox samples to their limits, burying hidden secrets deep within the chaotically-mixed release.

DJ Paypal’s last full-length release 174.2.2 dropped last year. DJ Taye’s solo debut Still Trippin’ was also released in 2018, and was later included on our list of the 51 best albums of the year. In 2016, the two Teklife producers collaborated with DJ Earl on a track called “Dose” for the Adult Swim Singles Program, and the duo have continued to collaborate on songs like “Truu” and “On a Cloud” in the years since their Adult Swim release. Computers Smarter Than People is currently available for a price of your choosing on Bandcamp.