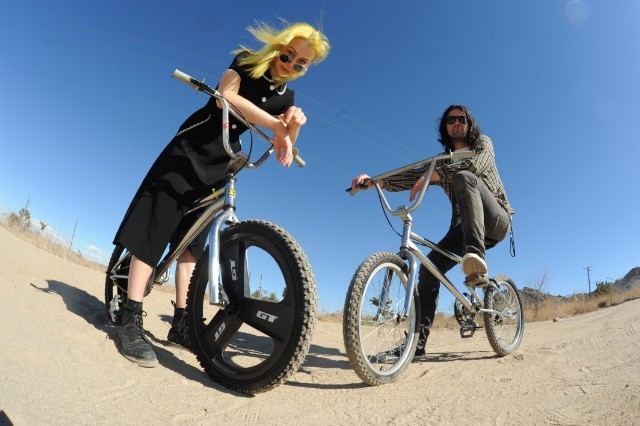 Throughout their inaugural tour, Phoebe Bridgers and Conor Oberst’s supergroup Better Oblivion Community Center have been doing the thing where you cover a song each night, sometimes one relevant to whichever city you’re in. On opening night in Tucson, they trotted out the Replacements’ “Can’t Hardly Wait,” which isn’t necessarily Arizona-specific. Later, they covered the Killers’ “Human” in Las Vegas, which is most definitely Nevada-specific.

As Consequence Of Sound points out, the group’s Seattle gig was graced by another cover, this one geographically appropriate. At the Showbox, Oberst and Bridgers covered Death Cab For Cutie, peers of Oberst’s Bright Eyes in emo-adjacent turn-of-millennium indie rock. Duetting without their backing band, Bridgers and Oberst sang “Title And Registration” from Transatlanticism, the 2003 album that took Death Cab from underground mainstays to O.C.-anointed rock stars. (Last fall, Death Cab themselves surprised a Chicago audience by performing the album in full to celebrate its 15th anniversary.)

Better Oblivion Community Center surprise-released their debut album in January and have since released a video for “Dylan Thomas” directed by Japanese Breakfast’s Michelle Zauner.

Watch footage of the Death Cab cover below.