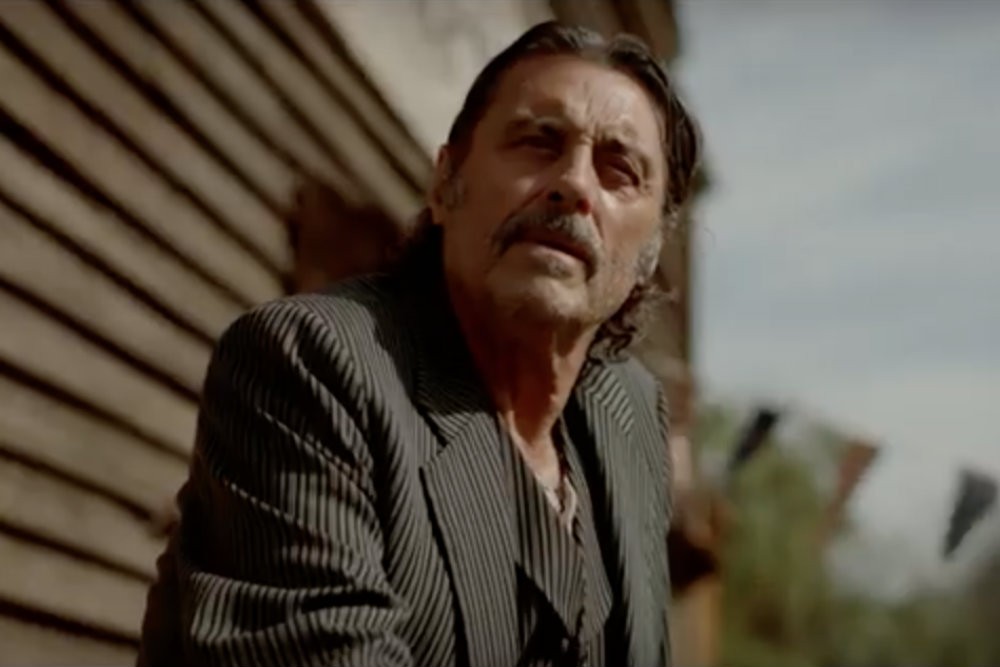 HBO has released a trailer for the forthcoming movie adaptation of Deadwood, the beloved and critically acclaimed series that went off the air in 2006. In the 55-second clip, we get reacquainted with Al Swearengen, played by the inimitable Ian McShane. “Every man worth a name knows the value of being unreachable,” Swearengen says over a montage reintroducing viewers to Alma Ellsworth (Molly Parker), Seth Bullock (Timothy Olyphant), and other familiar faces.

All of the living members of the main cast, with the exception of Titus Welliver, will reportedly  be returning to the film which is set to take place in 1889, 12 years after the series left off. According to Variety, the characters will reunite to celebrate South Dakota achieving statehood. The film synopsis states that “former rivalries are reignited, alliances are tested and old wounds are reopened, as all are left to navigate the inevitable changes that modernity and time have wrought.”

Deadwood creator David Milch wrote the script, which was directed by Daniel Minahan, who also shot several episodes of the series. The two-hour film premieres on HBO on May 31.