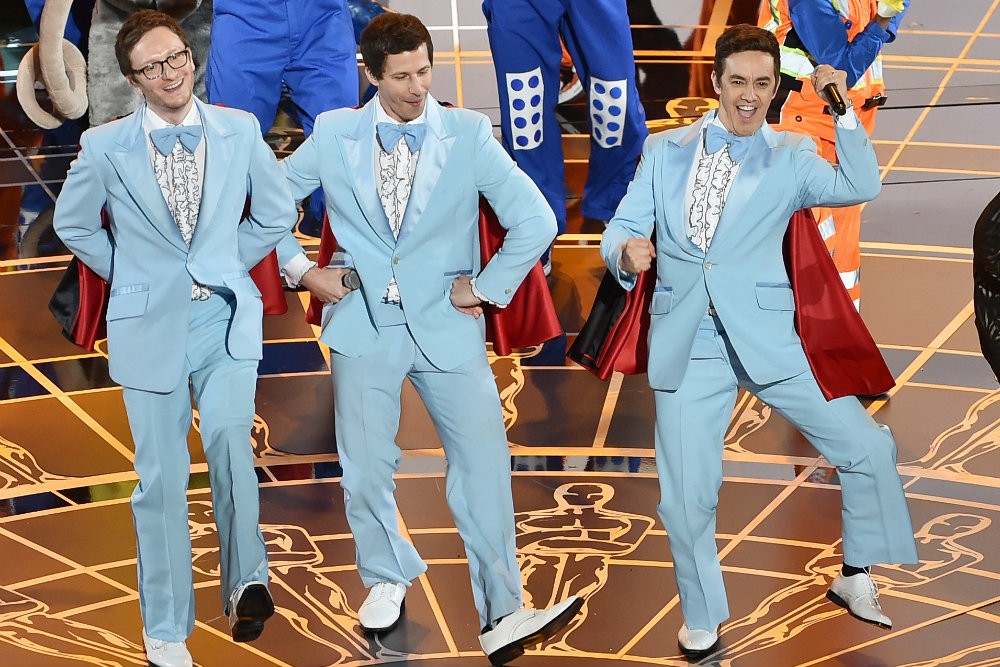 The Lonely Island have announced a brief spring tour set to kick off at Bonnaroo on June 15. Although the trio have played a handful of live shows together, this is the first time Andy Samberg, Jorma Taccone, Akiva Schaffer are touring with their musical comedy act. They played their first shows last spring in Pasadena and San Francisco.

The group released an exceedingly enthusiastic teaser video to promote the tour.

Tickets go on sale March 1 at 10 am EST and can be bought here. Fans can also register for the Verified Fan presale by February 24 in order to purchase tickets before they go on sale to the general public.

In addition to going on tour, The Lonely Island recently confirmed plans to produce a film spoofing the Fyre Fest fiasco with Seth Rogen.

Tour dates are as follows: