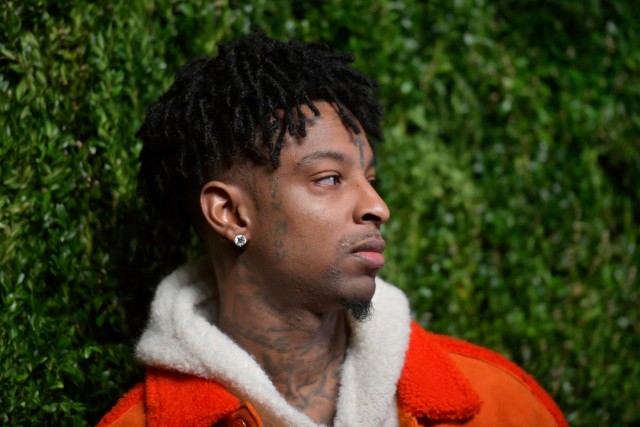 21 Savage has been released from an Immigration and Customs Enforcement detention center on bond. The rapper born She’yaa Bin Abraham-Joseph was arrested by ICE officials in Atlanta on February 3 and declared “unlawfully present” by the agency for overstaying a visa.

“For the past 9 long days, we, on behalf of She’yaa Bin Abraham-Joseph, known to the world as 21 Savage, have been speaking with ICE to both clarify his actual legal standing, his eligibility for bond, and provide evidence of his extraordinary contributions to his community and society,” Savage’s attorneys said in a statement. “In the last 24 hours, in the wake of the Grammy Awards at which he was scheduled to attend and perform, we received notice that She’yaa was granted an expedited hearing. Today, 21 Savage was granted a release on bond. He won his freedom.”

Savage’s representation has said the London-born 26-year-old rapper has lived in the United States since first grade and that his three children are U.S. citizens. He last entered the country in 2005 on an H-4 visa that has since expired. Savage applied in 2017 for a U visa, which he still seeks, but he was nonetheless placed in deportation proceedings after his arrest. The rapper was held at Irwin County Detention Center in Georgia, sources told Rolling Stone.

Savage’s efforts to avoid deportation have earned support from some of music’s biggest names including Jay-Z, who hired an attorney to assist on Savage’s case. Childish Gambino producer Ludwig Göransson said in an acceptance speech at the Grammy Awards on Sunday that Savage “should be here,” and Post Malone, whose collaboration with Savage, “Rockstar,” was nominated for Record of the Year, wore a t-shirt reading “Free 21 Savage” underneath his coat while performing the song at the show. Frequent collaborator Metro Boomin wore a jacket bearing the same text during his performance last night on The Tonight Show.

Read the full statement from Savage’s attorneys below.