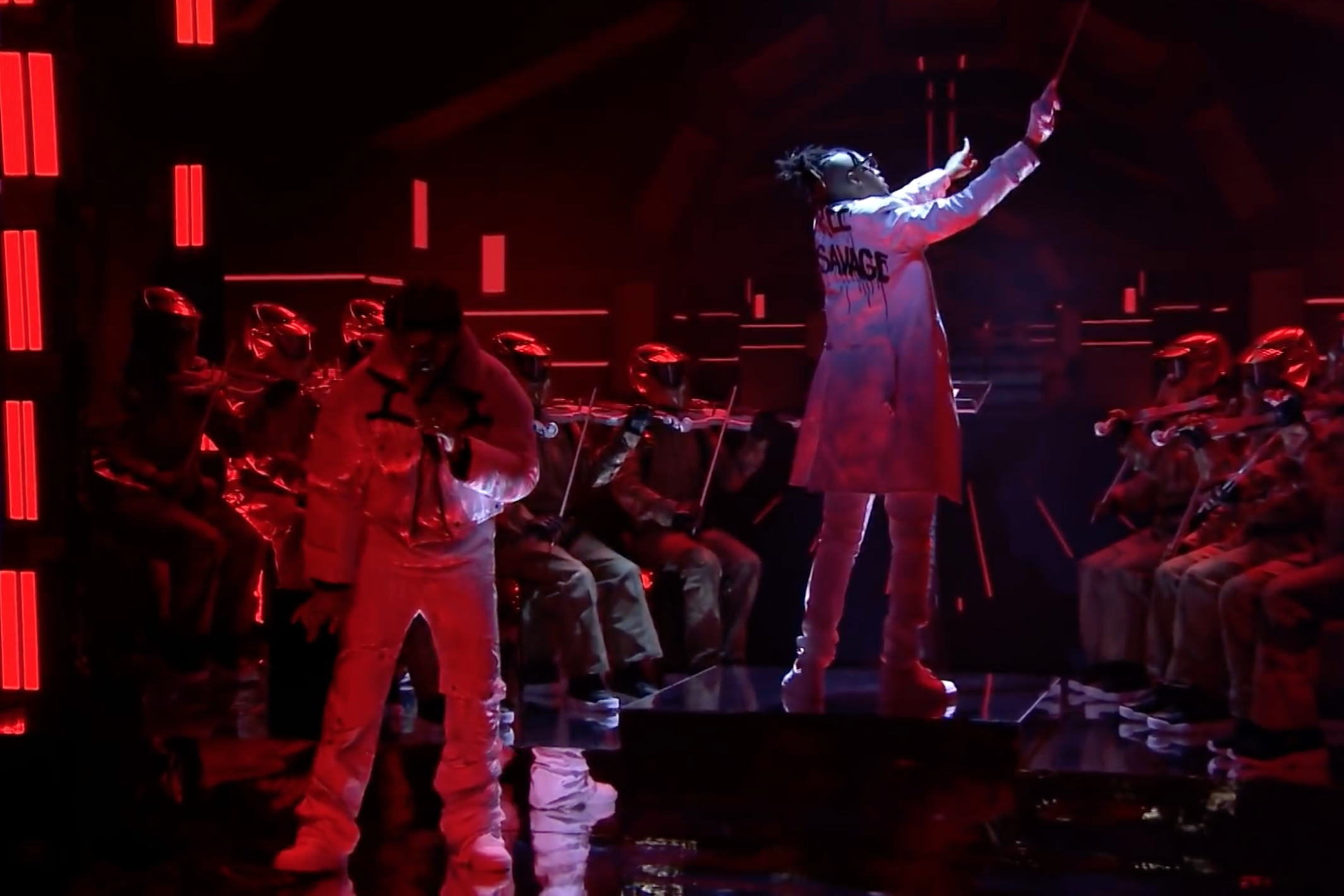 Metro Boomin and Gunna stopped by The Tonight Show Starring Jimmy Fallon last night for a rendition of their collaborative track “Space Cadet.” The track is lifted from Metro’s criminally underrated 2018 album Not All Heroes Wear Capes, which saw the veteran producer working with a variety of top-tier rappers including Young Thug, Travis Scott, Offset, and Drake.

Also featured on that album is Metro’s longtime collaborator, 21 Savage, who’s currently being held without bond and set for deportation over an immigration dispute with ICE. Metro showed support for 21 by wearing a “Free 21 Savage” jacket throughout the Fallon performance, and keeping his back to the camera for maximum visibility.

21 Savage’s manager Kei Henderson tried to organize a larger-scale tribute at the Grammys this past Sunday, but her efforts were apparently thwarted by the Recording Academy. Post Malone did wear a “Free 21 Savage” t-shirt, but it was covered by a jacket during his performance of “Rockstar” on the Grammys stage. During his acceptance speech for Record of the Year (Childish Gambino’s “This is America”), producer Ludwig Göransson gave 21 the one small shoutout in a show that clearly wanted to steer clear of the subject.

Watch Metro Boomin and Gunna do “Space Cadet” on The Tonight Show Starring Jimmy Fallon below.