Longtime outside Trump adviser and notorious dirty trickster Roger Stone was apprehended by FBI officers on Friday morning, as captured by CNN. The predawn raid followed an indictment issued by special counsel Robert Mueller, accusing Stone of coordinating with Wikileaks to release thousands of emails stolen from the Democratic National Committee during the 2016 election in an attempt to kneecap Hillary Clinton’s campaign.

The 24-page indictment is a fascinating read, not just because it implicates a senior Trump campaign official in the alleged Wikileaks coordination, but because it details some inventive ways Stone allegedly threatened witness/comedian Randy Credico after the latter was subpoenaed by the House Intelligence Committee. (Mueller believes Credico, a radio personality and former political candidate, acted as an intermediary between Stone and Wikileaks; Credico has disputed this.)

According to the indictment, Stone allegedly texted Credico following the congressional subpoena and told him to “do a ‘Frank Pentangle.’” Fans of The Godfather Part II will recognize the name of the character who lied to Congress in order to protect mafia boss Michael Corleone. In this instance, Stone was allegedly pressuring Credico to lie to Congress in order to protect Stone.

When Credico refused, Stone’s correspondence allegedly became more hostile. In addition to calling Credico “a rat” and “a stoolie” in an email, Stone allegedly threatened to “take that dog away from you,” referring to Credico’s therapy dog—a 13-year-old white Coton de Tuléar named Bianca (pictured below).

“I am so ready. Let’s get it on,” Stone told Credico, according to the indictment. “Prepare to die [expletive].” 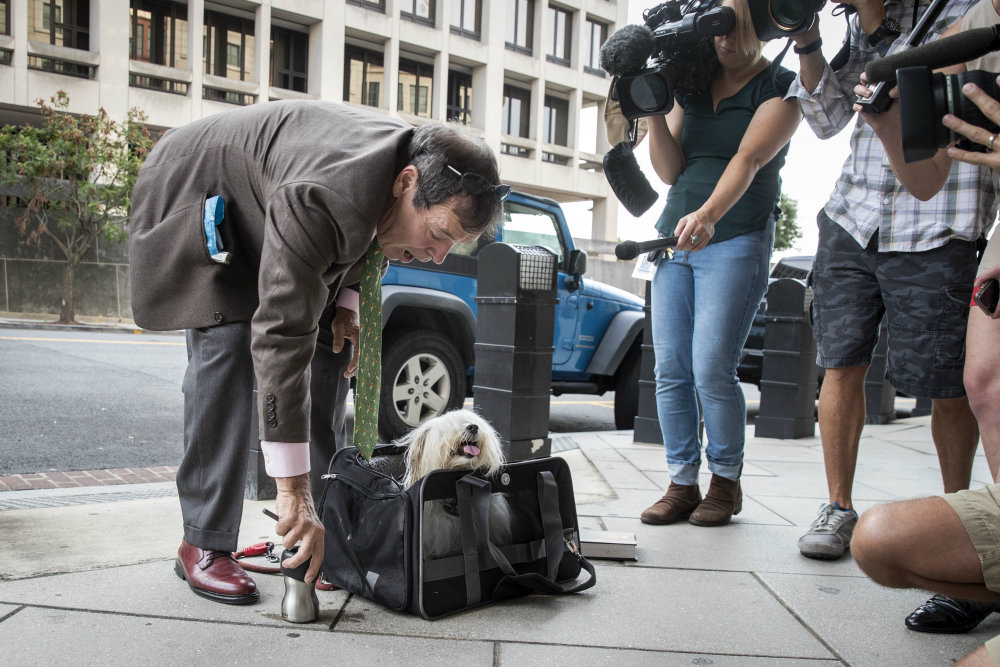 In April 2018, Credico accused Stone of threatening Bianca during an interview with Michael Isikoff and Daniel Klaidman on the Yahoo News podcast Skullduggery. Credico also shared another line from the email he said Stone sent him: “Not a fucking thing you can do about it either because you are a weak broke piece of shit.”

“When you start bringing up my dog, you’re crossing the line,” Credico told Isikoff and Klaidman.

Stone has been indicted on charges of witness tampering, making false statements, and obstruction of justice. He was released on $250,000 bond hours after his arrest.