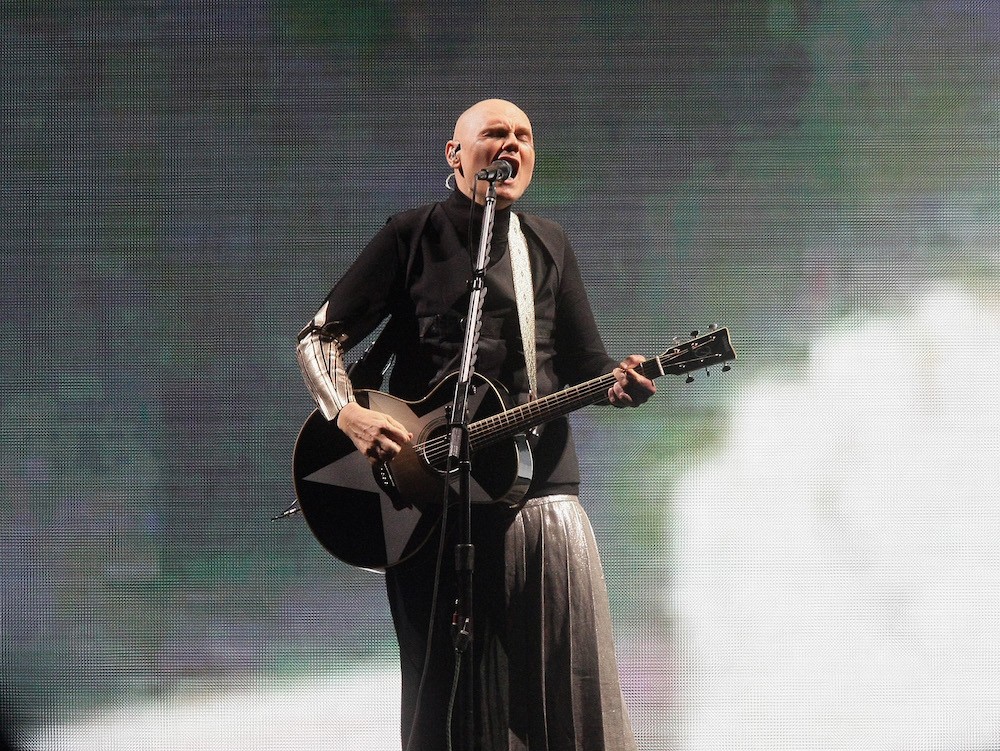 It’s the holiday season—a terrible time for something bad to happen to you or your loved ones, wouldn’t you agree? Let’s say you slip and fall somewhere on a late-December run for presents that you really should have handled earlier, or a razor-sharp icicle drops from the awning of your house just as you’re fetching the morning paper, or maybe—and I shudder to even say it out loud—maybe Smashing Pumpkins release a hard-rocking version of  “Hark! The Herald Angels Sing.” Not the kind of thing you want filling your the halls of your home this Christmas, is it?

Worse: Imagine Billy Corgan singing “Silent Night” over strummy acoustic guitar, his vowels pinched and stretched past their breaking point like the Silly Putty at the bottom of your kid’s stocking, and every so often those dreadful church bells from “Disarm” toll on melodramatically behind him too. Are you frightened yet? Good. Now stay on your best behavior, and you’ve got nothing to worry about.

Yes, the Pumpkins are threatening to release a Christmas album. Here’s what Corgan said when asked in a recent USA Today interview about his plans for after the current reunion tour, as noted by Blabbermouth:

Q: After the current tour wraps next month, do you plan to take some time off or get right back to work?

Corgan: We’re already talking about tour stuff for next year, so there will be more Pumpkins shows in 2019. But for me, once we get off tour, I’m either going to be doing some writing in LA with some friends or going back to Chicago to start writing new Smashing Pumpkins. I also have an inkling to try and get us to do a Christmas record one day, so I might try to use the Christmas spirit to put the record together in concept, even if we’re not ready to record it.

He added that the record would probably include a “mixture” of Pumpkins Christmas originals and classic carols. USA Today doesn’t make mention of any sadistic laughter after that remark, but we imagine it’s implied. Corgan has not yet stated any demands you’ll have to meet to prevent him from unleashing this unnatural yuletide beast upon the world, and the decade-plus gap between Zeitgeist and last week’s Shiny and Oh So Bright doesn’t exactly portend a dark shadow rising over this Christmas or the next one. But like Santa Claus himself, Billy is always watching, so you’d better stay on his nice list just in case.