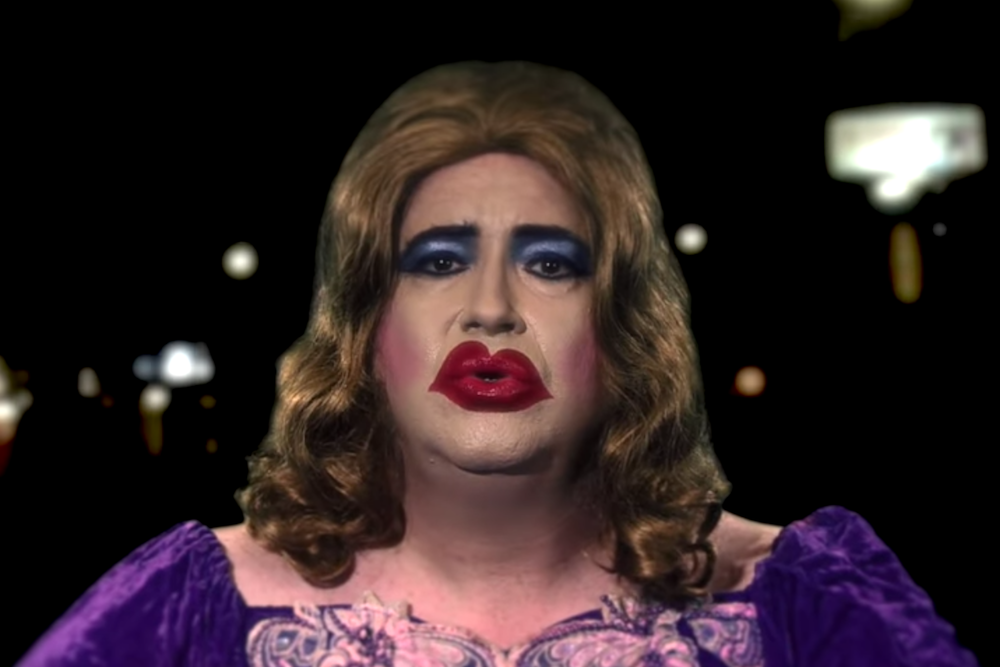 A few days before dropping his new solo album Elastic Days, Dinosaur Jr. singer and guitarist J Mascis has released the title track with an accompanying video. Like past Mascis solo tunes, it’s easy to imagine “Elastic Days” as a Dinosaur track with the distortion and drums peeled away—meaning it’s similarly gorgeous in an off-kilter way, only with Mascis’s placed at the center of the action instead of his fiery guitar.

The video features Dina Martina, a drag performer known in part for her performances in Provincetown, Mass. (Where, incidentally, Mascis was recently spotted doing some good-as-hell Tom Petty karaoke.) Martina plays the Mascis role in the clip, mouthing along melancholically to the lyrics as a nocturnal streetscape rolls by behind her. “I’ve been a big Dina Martina fan for a long time,” Mascis said in a statement. “I’ve seen her perform many times over the years. I’m glad that I got her to do this video before she becomes an untouchable superstar.”

Previously, Mascis released Elastic Days singles “See You at the Movies,” “Everything She Said,” and “Web So Dense.” His previous solo album was 2014’s Tied to a Star, and his main band’s last release was 2016’s Give a Glimpse of What Yer Not, the latest in a run of remarkably strong records since their reformation in the mid-2000s.

See the “Elastic Days” video below.