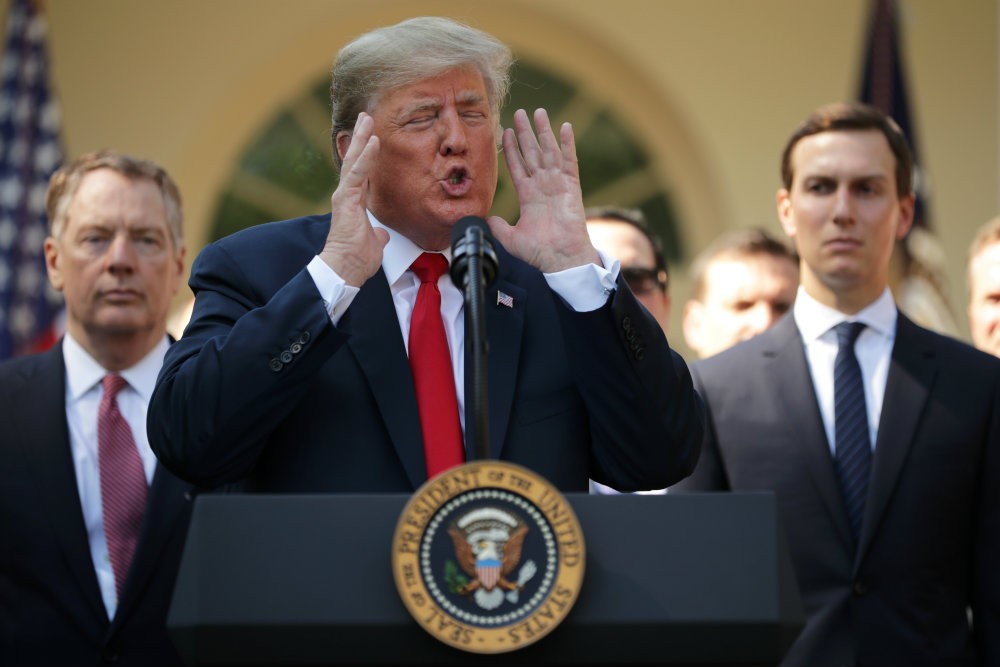 At a press conference in the Rose Garden on Monday, President Trump was combative with reporters, in particular female reporters, who attempted to ask questions about sexual assault allegations against his nomination to the Supreme Court, Brett Kavanaugh. After giving a speech on a new trade agreement the president says he negotiated with Canada and Mexico, Trump became hostile towards journalists who attempted to ask about Kavanaugh.

After opening the presser up to questions, Trump called on Cecilia Vega of ABC News, who he decided to insult before she even got her question out. While Vega was reaching for her microphone, Trump took a few shots at her.

“She’s shocked that I picked her,” Trump said. “Like in a state of shock.”

Trump calls on Cecilia Vega of ABC News. He says that she’s shocked that he picked her. Then he adds, “That’s OK. I know you’re not thinking. You never do.” (via ABC) pic.twitter.com/FnrIDeyqyN

Despite being briefly rattled by Trump’s comments, Vega attempted to ask a question about the restrictions the White House was reportedly putting on the FBI probe into Kavanaugh and was immediately shot down under the guise that he wanted to talk about trade. He proceeded to talk over her and cut her off before ultimately calling on another reporter while she was trying to get her question in.

As tensions between the Trump administration and the press continue, the president sparred with ABC correspondent Cecilia Vega in the Rose Garden today. https://t.co/pox12C4iJr pic.twitter.com/p2CHkZj3zh

After Trump took several questions on trade, CNN’s Kaitlan Collins attempted to ask another question on Kavanaugh and, like he did with Vega, Trump berated her and talked over her before calling on someone else.

More. Trump shouts down a different woman reporter as she tries to ask him a question about Kavanaugh.

“Don’t do that. That’s not nice,” Trump tells her while wagging his finger.

When Trump felt his that his new trade agreement was adequately addressed, he was still testy when he returned to Collins for her question on the FBI probe into Kavanaugh’s background and scolded her when she tried to ask a followup question.

This presser is Completely OUT OF CONTROL! Such disrespect to @kaitlancollins and @CNN @realDonaldTrump is such a monster I can’t believe my eyes #impeach45 #facistpotus pic.twitter.com/mFM6b6pfm7

It should go without saying that an accused abuser being openly hostile to women while in the process of defending a potential Supreme Court Justice who allegedly sexually assaulted several women is a bad look, but who would’ve expected anything else?