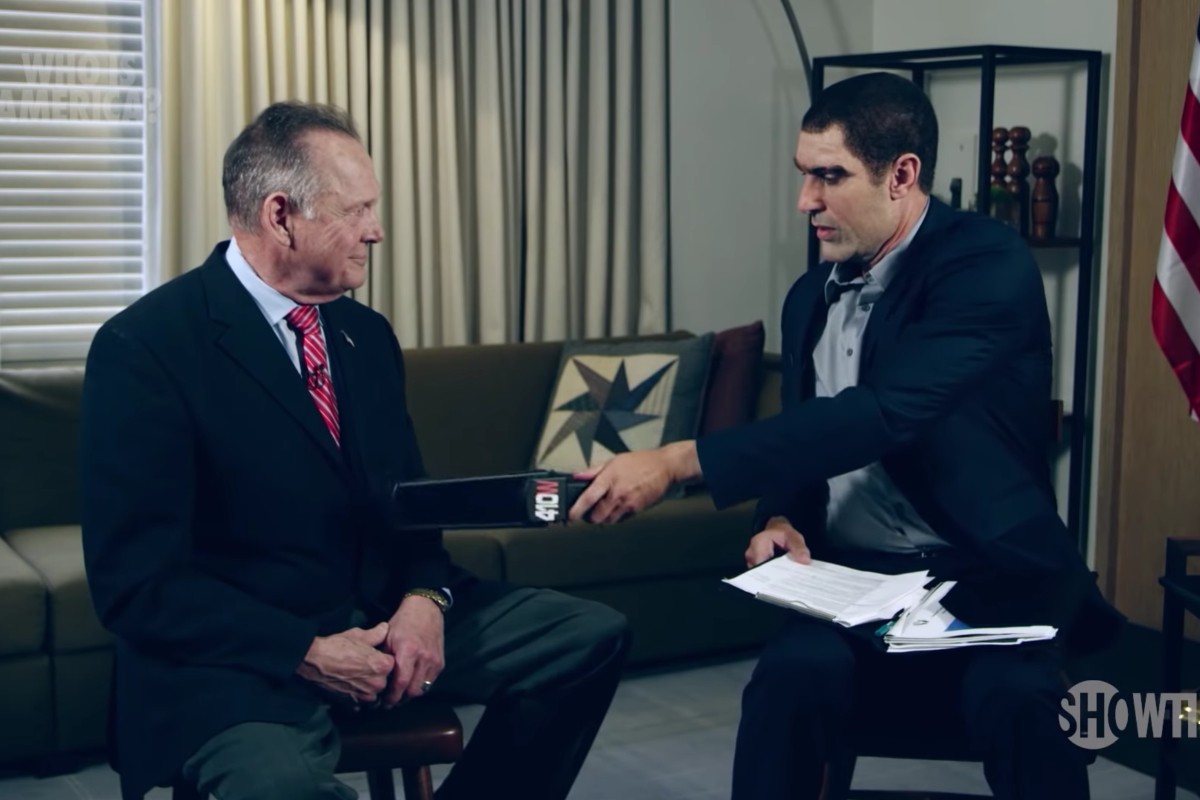 Among the right-wing boobs skewered on Sacha Baron Cohen’s occasionally funny Showtime series Who Is America? was accused child molester and failed Senate candidate Roy Moore. Cohen, playing his ex-Israeli military character Erran Morad, interviewed Moore in a segment in which he demonstrated a so-called pedophile detection device that beeped in the vicinity of the former Alabama Supreme Court justice. Moore was not amused and sued Cohen and Showtime for a cool $95 million.

If you were wondering how Cohen convinced Moore to grant the interview in the first place, a new filing in the case, uncovered by The Hollywood Reporter, offers some insight. According to a motion from Cohen and Showtime’s attorneys, Moore signed a consent agreement that included a clause requiring that the show donate $200 to a charity of Moore’s choice. The creepy cowboy directed the show’s producers to his own Foundation for Moral Law, a radical Christian legal advocacy group that has filed amicus briefs opposing same-sex marriage and abortion. (Moore was the founder.) The organization’s office also once hosted an event celebrating Alabama’s secession.

You can judge whether the donation was worth it by watching the Who Is America? segment below.

GA Lawmaker Has Weak Excuse for Why He Shouted N-Word on Who Is America?

Who Is America? Is a Slog With Little Reward