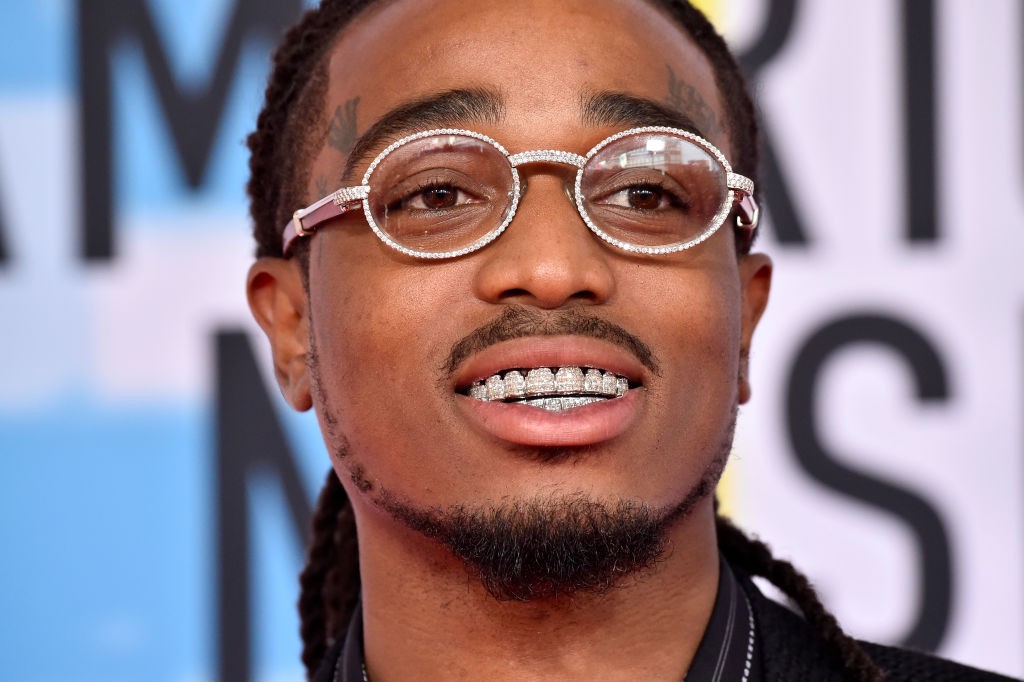 Quavo’s debut album Quavo Huncho has arrived. Premiering on DJ Khaled’s Beats 1 radio show We The Best, the Migos member’s solo project features production from Murda Beatz and Buddah Bless and is mixed by DJ Durel but the rest of the album remained enigmatic until its release, the rapper only officially announcing the album earlier this month via Twitter posting the trippy cover art and revealing a stacked list of possible features  including Travis Scott, 21 Savage, Cardi B, Drake, Lil Baby, Takeoff, Offset, Kid Cudi, Saweetie, and Davido with the caption “HUNCHO SZN.”

He’s had a nonstop year so far releasing solo singles “Workin Me,” “Lamb Talk,” and “Bubblegum,” wrote Beyonce and Jay-Z’s “Apeshit” and features most recently on 2 Chainz “Bigger Than You” with Drake and “No Brainer” with Chance the Rapper and Justin Bieber. As for his solo sound, he’s just trying his best. “I’ma just work hard, being the hardest working person on everything, leader, the Huncho, so that’s what you already know what you got coming,” He told GQ. “I need answers from my fans now. I can’t answer everything.” He’s currently opening for Drake with Migos with the full list of dates here. Listen to Quavo Huncho below.