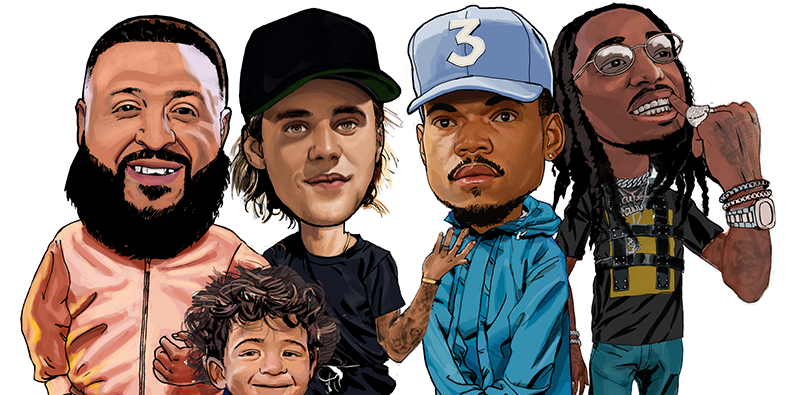 DJ Khaled has rounded up Chance the Rapper, Justin Bieber, and Quavo for a new single and video, titled “No Brainer.” It’s essentially a sequel to “I’m The One,” the the smash single released by the same crack team of pop-rap stars in 2017. “No Brainer” features infectious production and honeyed vocals; it will appear on Khaled’s forthcoming full-length Father of Asahd. As Pitchfork notes, Khaled enthused about the song in an interview with Zane Lowe on Beats 1 radio. “The first song on the album—not only is your hair is going to stand up. It’s going to touch your bones,” he said. “Then your eyes are going to open wide open. And you’re going to say, what the fuck? The most amazing, incredible, introduction.”