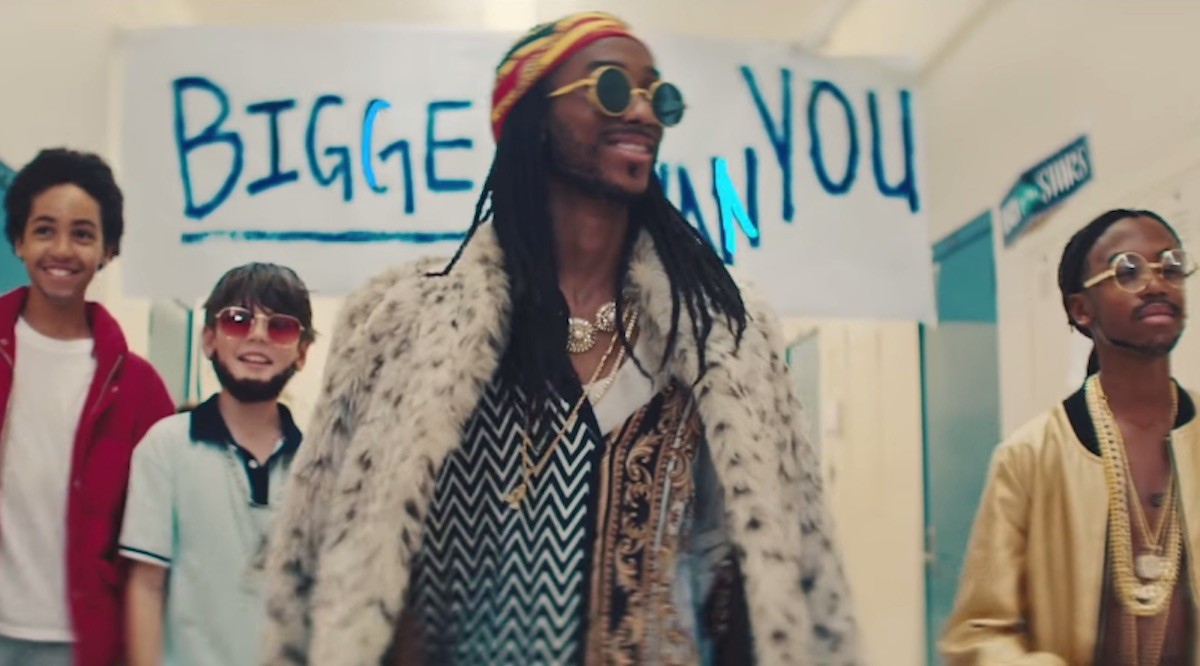 2 Chainz likes to have fun with his music videos. Whether it’s getting a few rapper moms together in “PROUD” or the wildly goofy “Birthday Song” video, 2 Chainz clearly enjoys providing something visually amusing for viewers, and he keeps that streak going with the clip for “Bigger Than You,” featuring Quavo and Drake. In the Nathan R. Smith-directed video, kids have been cast to play 2 Chains, Quavo, Drake, and the song’s producer Murda Beatz, complete with hilarious fake facial hair and jewelry.

The rappers’ young doppelgängers wreak havoc in their school libraries and hallways, dancing, jumping on tables and roaming around the place with reckless abandon. There are also a number of kids that resemble artists such as Bruno Mars and Nicki Minaj, presumably on purpose.

2 Chainz has yet to announce an album release date for his forthcomig album Rap or Go to The League, but he’s expected to unveil one before the year ends. Quavo is currently on tour with Drake—along with the rest of Migos—and has recently come out with a few solo records of his own. Drake, of course, is coming off the release of his latest album Scorpion and recently buried the hatchet with Meek Mill. Watch the video for “Bigger Than You” below.