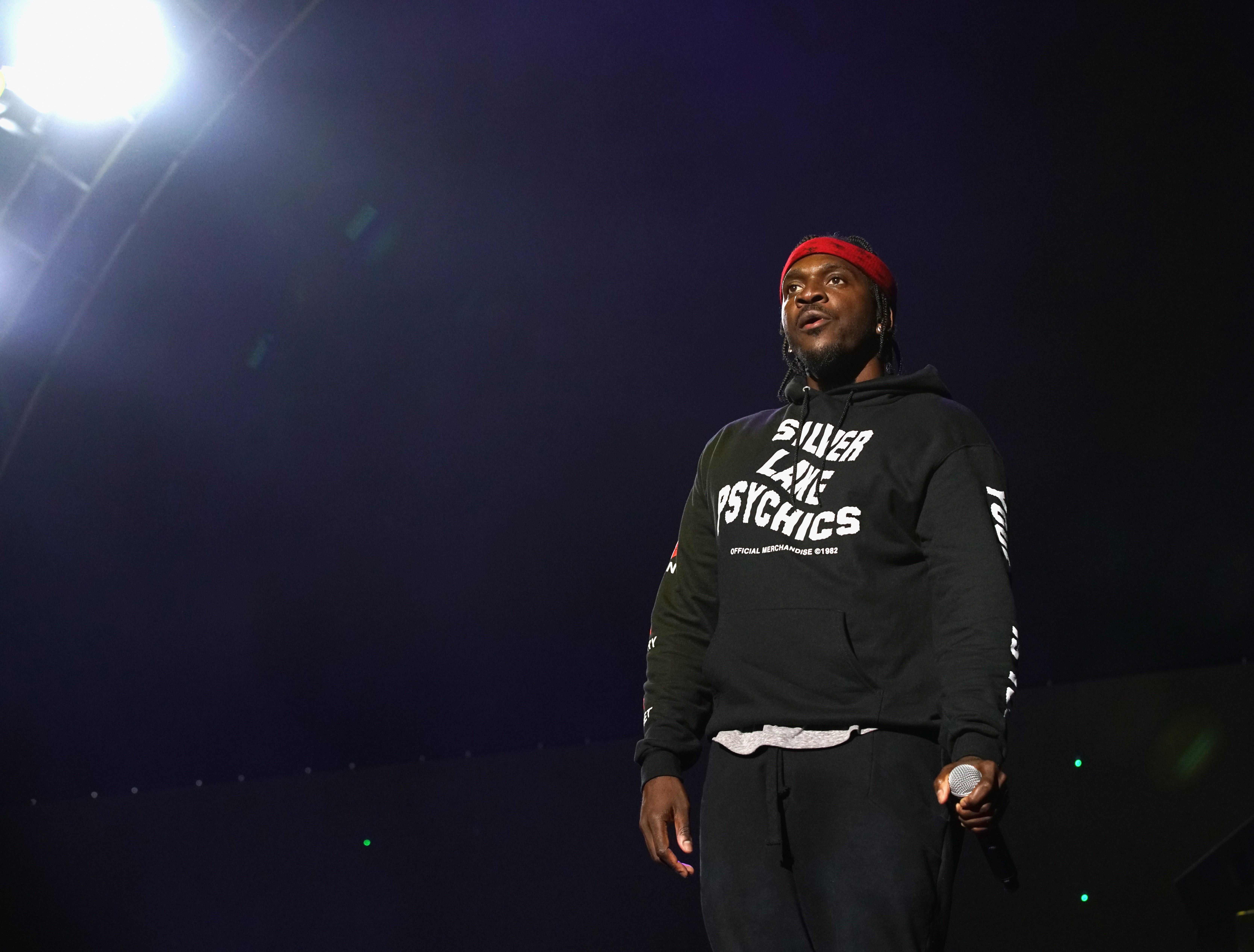 This past Friday, Drake went on LeBron James’ The Shop to talk about his beef with Kanye West and Pusha T, and how he believes that Kanye revealed sensitive information about his son and the mother of his child to Pusha T. This morning, Pusha T went on “The Joe Budden Podcast with Rory & Mal” to set the record straight. During the interview, Push claims that it was actually Drake’s producer and close friend 40 that unknowingly acted as the source of his intel for his brutal diss track “The Story of Adidon.”

“The information came from 40. It didn’t come from Kanye, at all,” Push said. “40 is sleeping with a woman who begins to, he talks to her daily, five, six hours a day. Talks to a woman five, six hours a day, provides opportunity for her and ultimately speaks about how he’s disgruntled about certain things, notoriety and things involving Drake and his career.” Push carefully elaborated how this mystery woman would feed him Drake’s personal information that would eventually come in handy for his effective diss.

“With that also came the fact that Drake has a child. With that also came the trip everybody took to also see the child and bring him gifts and all of this information,” he continued. “She divulged this information. That’s where it came from. Now, I never told nobody that. I never said that to anybody and I never put that out there, because the way I see [it] there’s so much power in silence.”

Push went on to say that Drake owed Kanye an apology, though he doesn’t dispute claims that Drake told Kanye about his child while in Wyoming. “In Drake’s mind, one plus one probably equals two. Totally not true. When that one narrative is out there, other people believe it to be true.”

Finally, Push said he was moved into saying something because of how passionately Drake felt about the former Clipse member rapping about 40’s multiple sclerosis. “Your friend is the reason why — that’s how it came about, that’s how that information came out.”