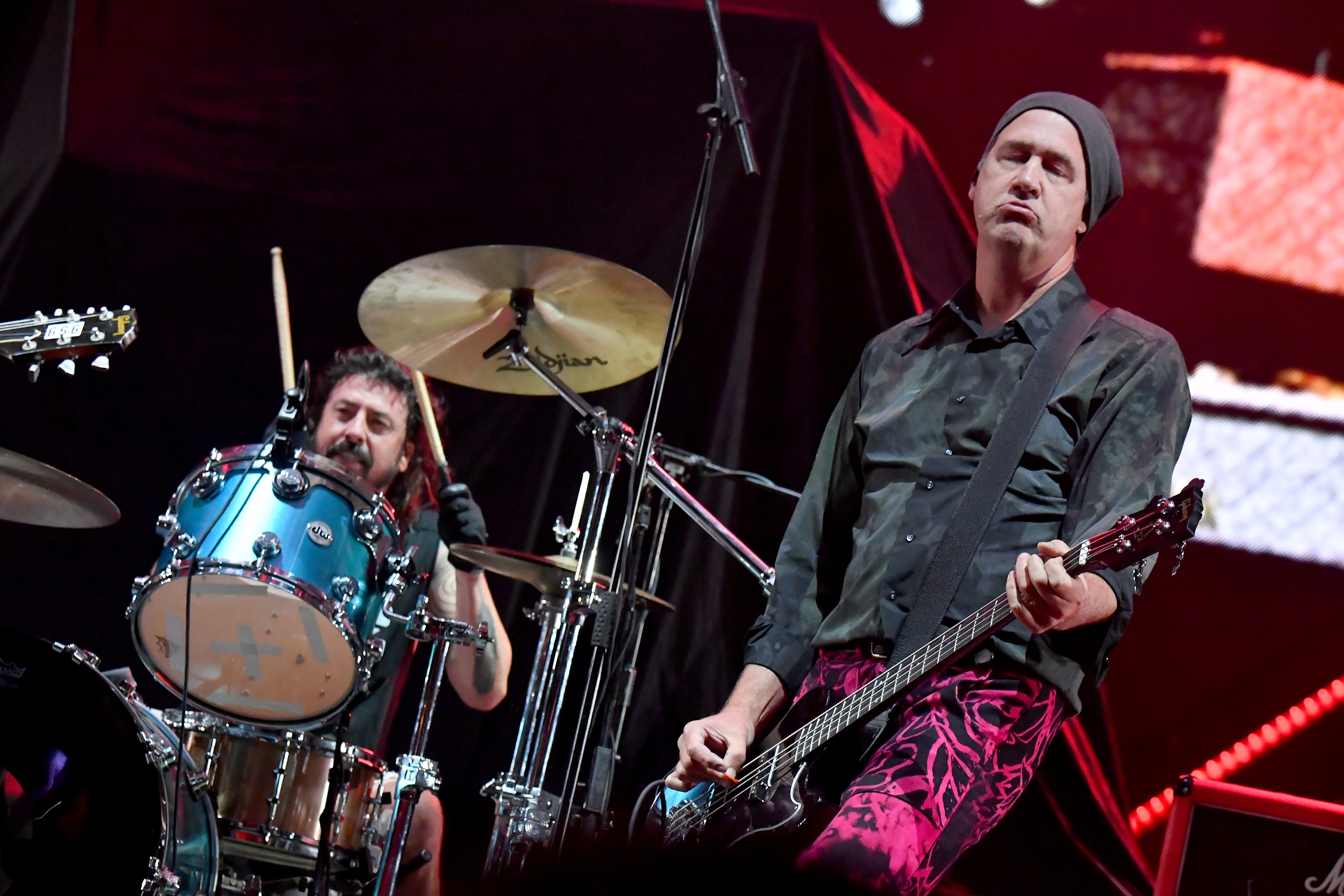 Foo Fighters were scheduled to headline Cal Jam last night in San Bernardino, CA, and during their set, the band took the opportunity to reunite Nirvana.

The band has spent the last week teasing something new on social media, which many speculated to be a Nirvana reunion similar to their Rock & Roll Hall of Fame induction performance in 2014, for which the band performed with a rotating cast of vocalists including Joan Jett and John McCauley of Deer Tick. Both Jett and McCauley were already scheduled to perform elsewhere at the festival, and last night, the singers joined Dave Grohl and Krist Novoselic to perform “Smells Like Teen Spirit,” “In Bloom,” “All Apologies,” “Breed,” “Scentless Apprentice,” and “Serve the Servants.” The band was also joined on bass by Brody Dalle of The Distillers for “All Apologies.”

This isn’t the only time the band has gotten back together. In addition to their 2014 Rock & Roll Hall of Fame performance, the band also reunited for a secret show in New York in 2012. Dave Grohl, Krist Novoselic, and Pat Smear have also performed together on numerous occasions. Watch clips of their reuion last night at Cal Jam below.