A recent Twitter spat with rapper Vic Mensa has brought renewed scrutiny to allegations of sexual abuse and misconduct against Adam Grandmaison, a.k.a. Adam22, founder of the influential hip-hop podcast and YouTube channel No Jumper. A new report published by the Daily Beast today provides an extensive review of prior allegations against Grandmaison, including by two women who previously spoke to Pitchfork in March, as well as several questionable incidents described by Grandmaison himself on blogs and message boards over the years.

When rape and assault allegations against Grandmaison first surfaced publicly this spring, he issued a blanket denial of wrongdoing. “I’ve done plenty of stupid shit in my life. But I’ve never raped or hit a woman,” his statement read in part.

The Daily Beast’s story also includes a new accusation by internet personality Lauren Duck, who visited Los Angeles as a No Jumper podcast guest after her humorous Tinder profile about living with an amputated arm became a viral sensation last year. Duck says she accepted a Xanax from Grandmaison while partying, and later had a sexual encounter with him at his apartment. “And I’m conscious, I am,” she told the Daily Beast. “But I’m not really aware of what’s going on. And then I remember we were sitting there, and I realize that I’m being videotaped, and I look up at Adam and I’m like, are you videotaping me? And he was like, yeah. And then I don’t remember anything else after that.” Duck also alleges that Grandmaison distributed the video without consent.

In a statement to Daily Beast, Grandmaison said his encounter with Duck, including any drug use, was “entirely consensual.” “I filmed like 8 seconds of us having sex, she 100% knew I filmed it and I didn’t distribute it in any way although at some point she got the idea that I was ‘selling’ it,” he told the outlet. In earlier tweets from August, Grandmaison appeared to refer to Duck’s story as “a 100% lie,” writing, “I held all this shit in for months but fuck it let’s expose these hoes.” 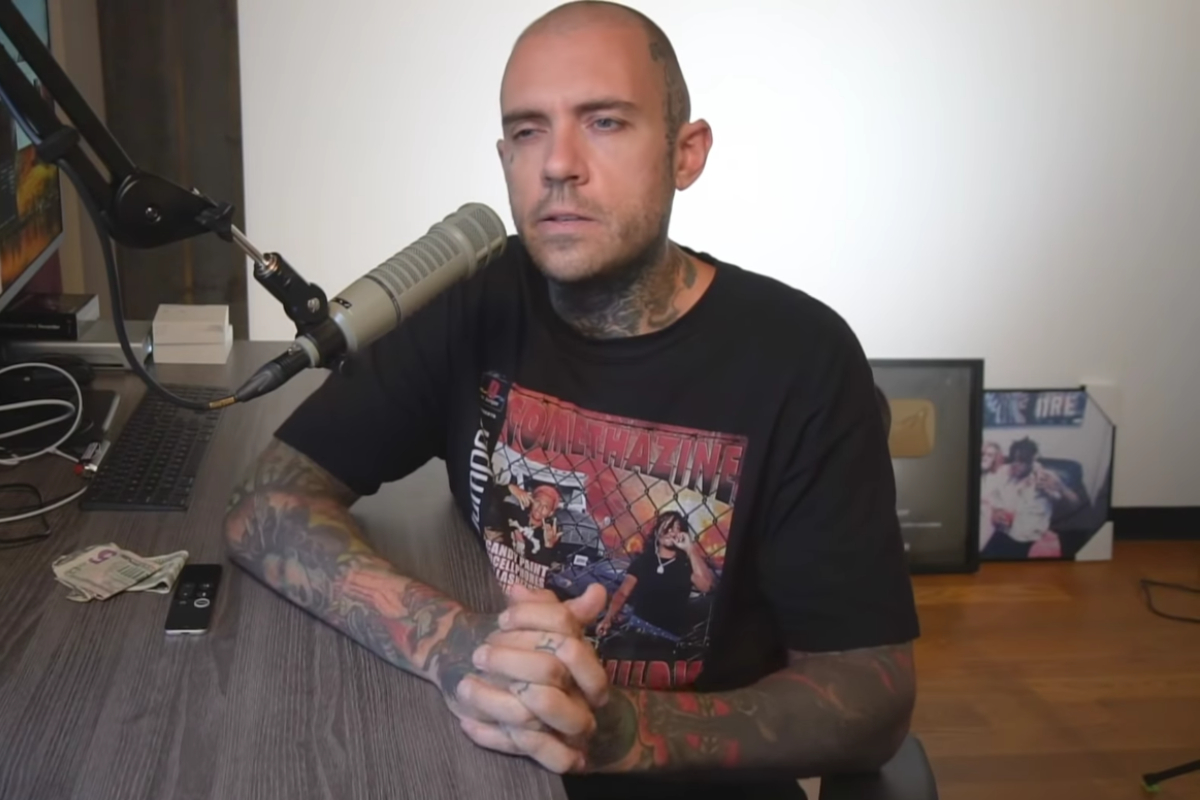 Grandmaison’s most recent Twitter beef with Vic Mensa arose over Mensa’s public condemnation of alleged abuse by the late rapper XXXtentacion, whom Grandmaison had interviewed and helped to launch into the mainstream. Mensa responded by posting screenshots of the Pitchfork report and lewd posts from Grandmaison’s old blog; Grandmaison fired back, calling the accusations against him “fake.”

This year, Grandmaison entered into a partnership with Atlantic Records to launch a No Jumper label imprint. Read the Daily Beast’s full story here.