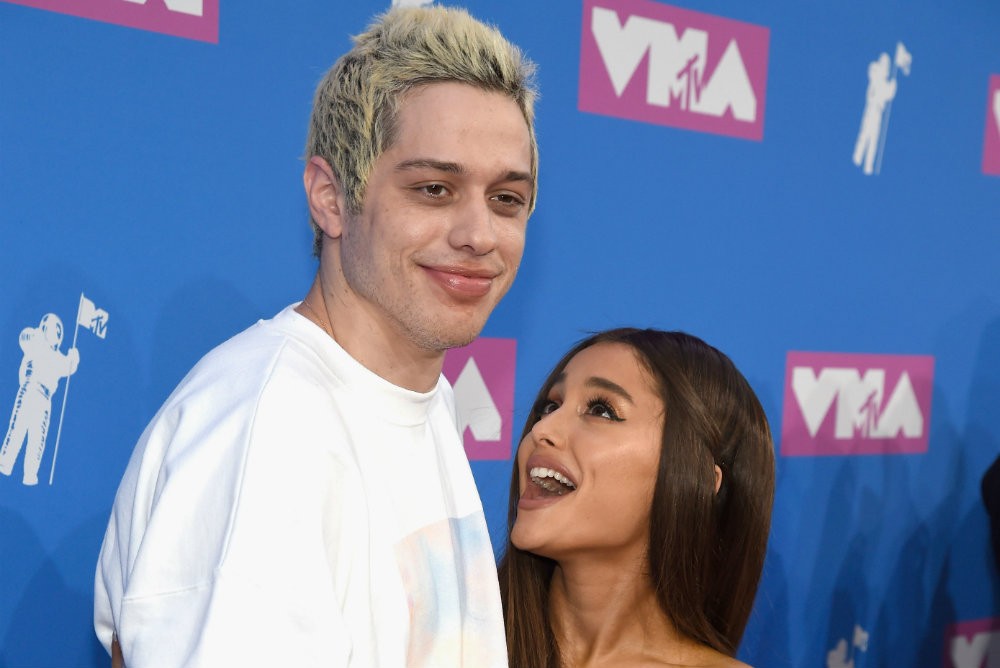 The 2018 MTV VMAs marked the red (okay, pink) carpet debut of whirlwind engaged couple Ariana Grande and Pete Davidson. Grande had a big night ahead of her as she was up for five awards (as of this writing, she’d won Best Pop Video for “No Tears Left to Cry” and performed “God Is a Woman”). Davidson also had a big night ahead of him, which apparently entailed blatantly chewing his gum in the front row.

The Saturday Night Live star really committed to his effortless sportswear thot look, with an oversized NASA sweatshirt and wide chew better suited for Lenny Dykstra’s ’93 Phillies post-season maw than the celebrity spouse ready to look adoring and supportive during cutaway shots to the audience.

Check out Pete’s mighty chew as Grande makes her way to the stage.

Watch as Pete practically unhinges his jaw and gives us a clear shot of his uvula as Grande thanks him merely for existing.

“PETE DAVIDSON THANKS FOR EXISTING “ MY HEART pic.twitter.com/7pZLl2E4rh

It must be love.