The Hollywood Reporter ran an in-depth interview with the cast and creators of HBO’s Silicon Valley ahead of the season five premiere, and the topic of comedian T.J. Miller’s exit from the show was unavoidable. According to sources speaking to THR, Miller’s departure was inevitable as his onset behavior became increasingly unruly and unpredictable – that is, when he actually showed up. The cast members themselves were reluctant to talk about Miller in any great detail, but creator Mike Judge and show runner Alec Berg confirmed that his departure was, as THR put it, “a long time coming.”

“There are a lot of different ways you can find out somebody doesn’t want to do the show anymore,” Judge said. “And it’s not fun to work with someone who doesn’t want to be there, [especially when] they’re one of the main people and you’ve got however many crewmembers and extras and people who are [not paid as well] and they’re all showing up before 7 a.m., and then are just like, ‘Oh, OK, we’re not shooting today.'”

Some of the ways Miller allegedly signaled that he was over playing Erlich Bachman included showing up late to table reads without having read the script and falling asleep on set to the point where crew members had to nudge him awake for takes. Some insiders claimed that shooting schedules were often rearranged to accommodate Miller’s lateness or absences. Several cast members cited Miller’s “demons” for his unprofessional behavior, implying that Miller’s drug and alcohol use had become a problem. From THR:

And though everybody involved with the series praises his raw talent — some even employing the word “genius” to describe him — many say it had become impossible to predict which Miller would show up on a given day. “There was almost a danger to having him around,” says one insider. “He was explosive, and there were moments where you’d go, ‘Whoa, that’s not where I thought that was going at all, but that was fucking awesome’ … but it was a trade-off.” In the end, all parties involved decided it was best if he moved on. 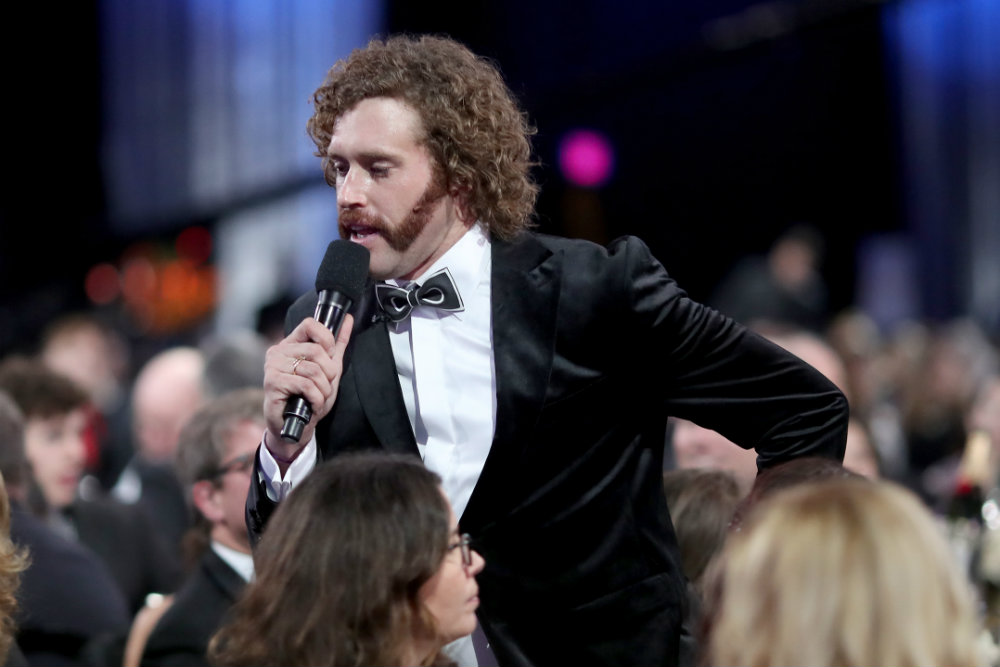 Judge floated the idea of writing Miller’s character out of the show with a three-episode arc in the forthcoming season, but Miller decided not to come back. He cited his film career, including a role in The Emoji Movie, as the impetus for that decision, but some particular disturbing and violent sexual assault allegations from a former college classmate seem to have largely derailed that plan.

According to Miller, if he was difficult or tired on set his relentless work ethic was to blame.

“In real life, I’m not always high like Erlich is. And this will blow your readers’ minds, but I’m not high when I work because it gets in the way of the comedy,” Miller said. “I also am not a guy who’s blackout drunk, bumping into things on set. … What was occurring was I was out doing stand-up all the time, even if it meant I only got three hours of sleep. So, the thing I have a problem with? It’s pushing myself to do too much.”

Berg doesn’t seem particularly bothered by losing a breakout character and credits the remaining cast’s talents for keeping the show fresh. He supported that notion with a fairly muddled, but well-meaning sports metaphor. From THR:

“These guys are the Golden State Warriors of comedy,” Berg says, seated on a couch in his office with Wired magazine cover portraits of those actors hanging above. “So, it’s like, yeah, we’ve lost Andre Iguodala but we still have Steph Curry and Kevin Durant and Klay Thompson and some other guy on the Warriors whose name I don’t know. But I don’t feel like we can’t win championships anymore because we’ve lost …” He pauses there, and then rephrases, mixing his NBA superstars into a metaphoric cocktail: “T.J. wasn’t LeBron.” For what it’s worth, Miller takes no issue with Berg’s assessment, and, after requesting that it be repeated twice more, he laughs uproariously. “Oh, that’s great,” he says. “And it makes me like him more [because] he’s so good at being an asshole.”