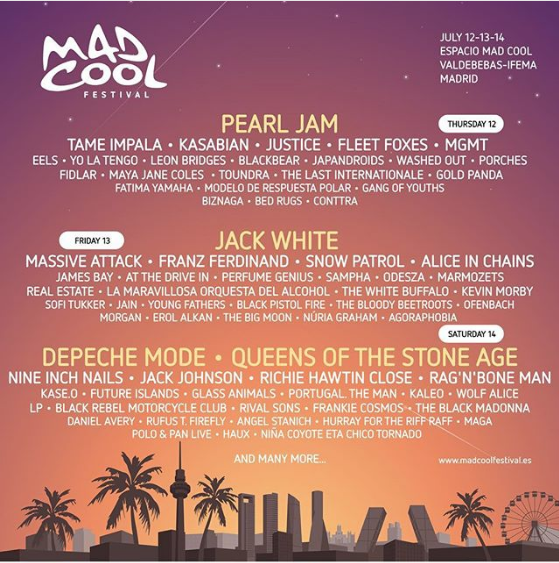 The ’90s are alive and well at this year’s Mad Cool Festival with Pearl Jam, Nine Inch Nails, Massive Attack, and Alice in Chains sans the late Layne Staley holding down prominent positions in the lineup. Jack White snagged the headlining spot for the second night of the three-day festival and during the final night Depeche Mode is sharing top billing with Queens of the Stone Age. Some of the more contemporary acts on the lineup include Perfume Genius, Frankie Cosmo, and Tame Impala. Future Islands, Yo Tengo, MGMT, Fleet Foxes and Justice are some of the additional standout names on an already tremendously stacked roster.

As far as excuses for a mid-summer getaway to Madrid go, you could certainly do worse.

The festival is scheduled for July 12 to 14. Tickets can be purchased at Mad Cool’s site.