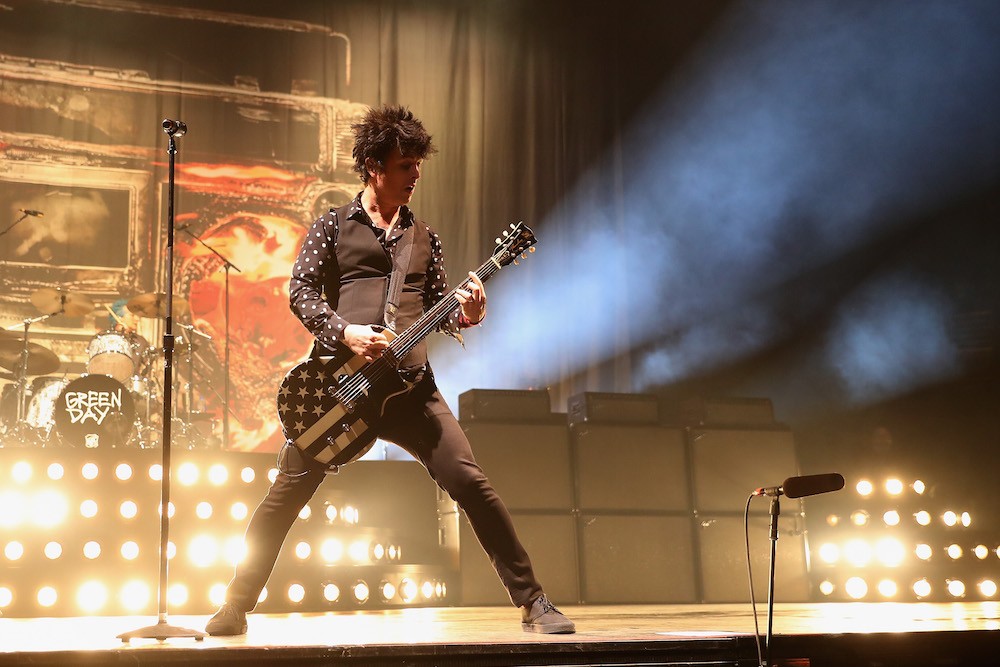 An acrobat plunged to his death just before Green Day’s set at the Mad Cool Festival Friday night. A fan-shot video shows Pedro Aunión Monroy, 42, performing in a brightly-lit cube suspended about 100 feet in the air by a crane before falling. According to the Independent, he appeared to be wearing a harness at the time.

Green Day took the stage shortly after the accident, apparently unaware anything had happened. After their set, the band acknowledged the tragedy.

We just got off stage at Mad Cool Festival to disturbing news. A very brave artist named Pedro lost his life tonight in a tragic accident

Our thoughts and prayers go out to his family and friends

Mad Cool organizers later issued a statement, saying they decided to continue the festival because of “security reasons.” From the statement:

Mad Cool Festival regrets the terrible accident that the aerial dancer suffered during the second day of the festival.

For security reasons, the festival decided to continue with its programming.

We send our most sincere condolences to all his family.

Tomorrow Saturday 8, during the festival, we will render a heartfelt tribute to the artist.

Slowdive, who were scheduled to play at the festival later Friday night, cancelled their set after news of the tragedy broke. “After the tragic incident at Mad Cool in Madrid on Friday night, we chose not to play our scheduled set on the Koko stage,” the band wrote in a statement. “All our thoughts are with the performer and his friends and family, and apologies to those who were waiting to see us play.”