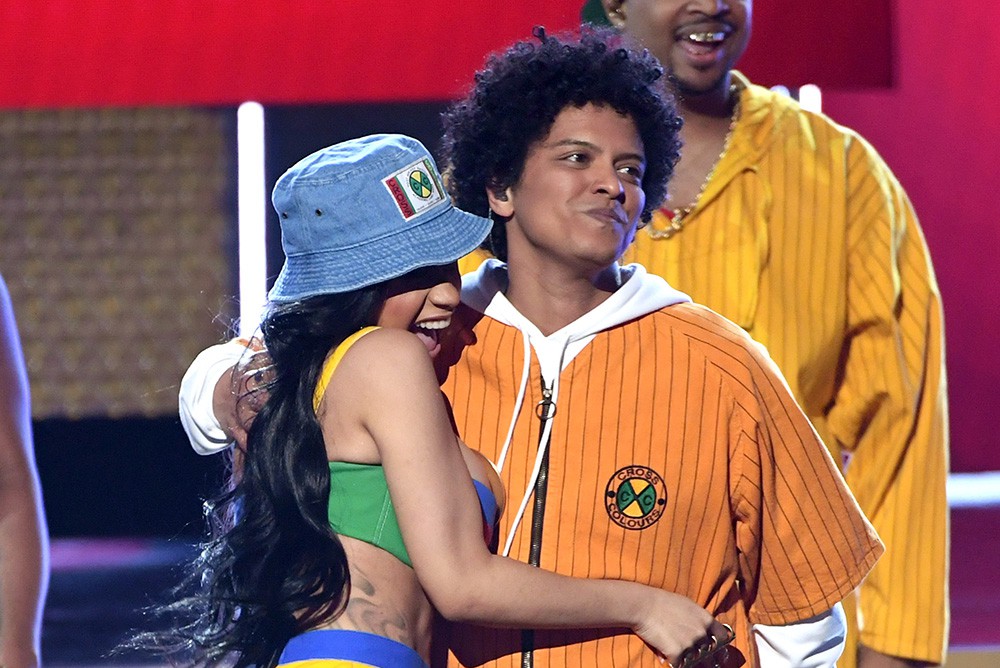 Bruno Mars and Cardi B performed their recent collaboration “Finesse (Remix)” at tonight’s Grammy Awards in a rendition that matched the song’s colorful, nostalgic music video.

Both performers are nominated for several Grammy Awards this year. Mars came into the night with an impressive six nominations, a number topped by only Kendrick Lamar and Jay-Z. In addition to winning Best R&B Album and Best Engineered Album for a Non-Classical Artist, his album 24K Magic is also nominated for Record of the Year and Album of the Year. Mars’s single “That’s What I Like” is nominated for Song of the Year, and he has already won Best R&B Performance and Best R&B Song. For her part, Cardi B cinched two nominations for her triple platinum, record-breaking single “Bodak Yellow”: Best Rap Performance and Best Rap Song (Kendrick Lamar won both categories)

You can watch the performance below, with Cardi even throwing in a few bars from her current single “Cartier Bardi.”