Grammys 2018: This Is the First Year That No White Male Artists Were Nominated for Album of the Year 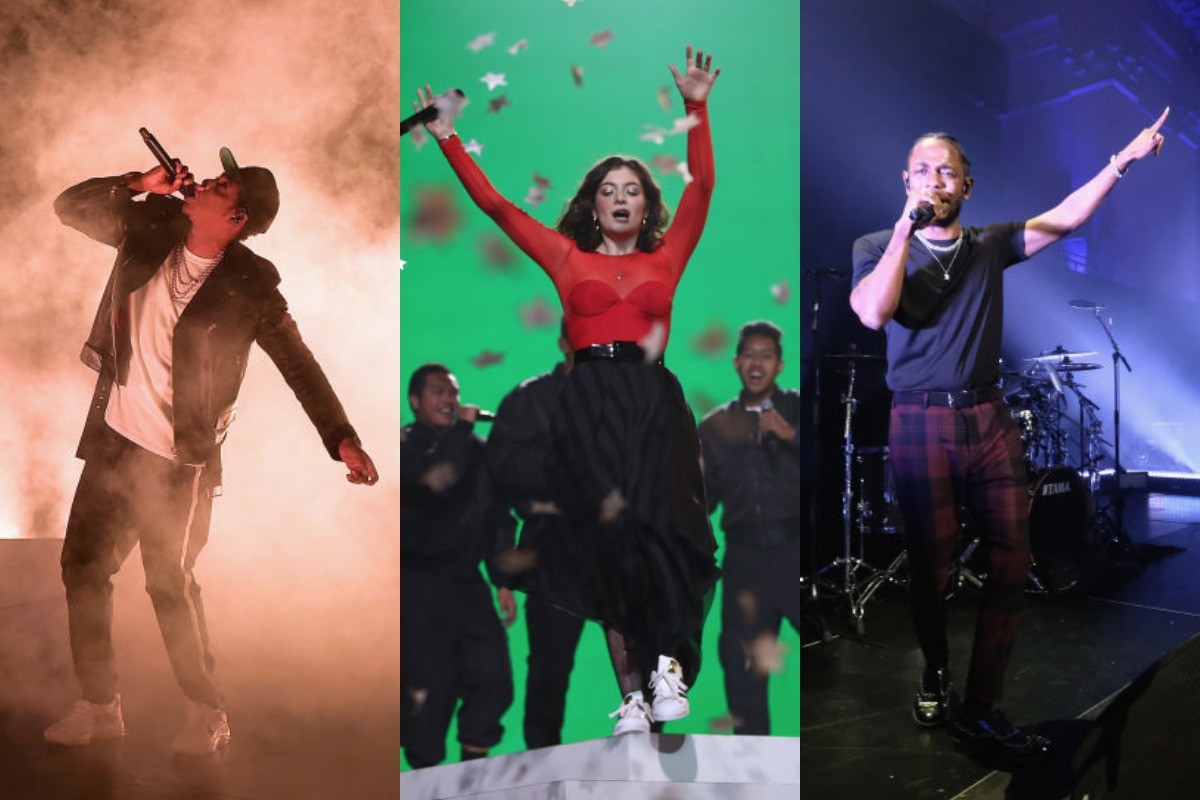 Grammy nominations were announced this morning, with a surprisingly strong lineup in the Album of the Year category. The nominees are Childish Gambino for late-2016 release “Awaken My Love!”; Jay-Z for 4:44; Kendrick Lamar for DAMN.; Lorde for Melodrama; and Bruno Mars for 24K Magic. Without Ed Sheeran in the mix, the 2018 Album of the Year contest is—on a technicality—the first without any white male performers nominated. (Dani Deahl was among the first to point this out on Twitter this morning.)

Here’s the technicality: You have to count the white guys in Garbage, the iconic alternative band fronted by Shirley Manson. At the 1999 Grammy ceremony, Lauryn Hill’s The Miseducation of Lauryn Hill won Album of the Year, beating out Garbage, Madonna, Shania Twain, and Sheryl Crow.

There are caveats this year, too. The no-white-men observation is true of the performers themselves, but not necessarily true of all the people who could potentially recieve a statue. If Lorde were to win for Melodrama, for instance, album co-producer Jack Antonoff would win also. The same is true of Childish Gambino’s “Awaken, My Love!,” co-produced with Donald Glover’s longtime collaborator, Swedish composer and producer Ludwig Göransson. Nonetheless, it’s a historic moment for the Grammys, which so often seem to lag the cultural zeitgeist.