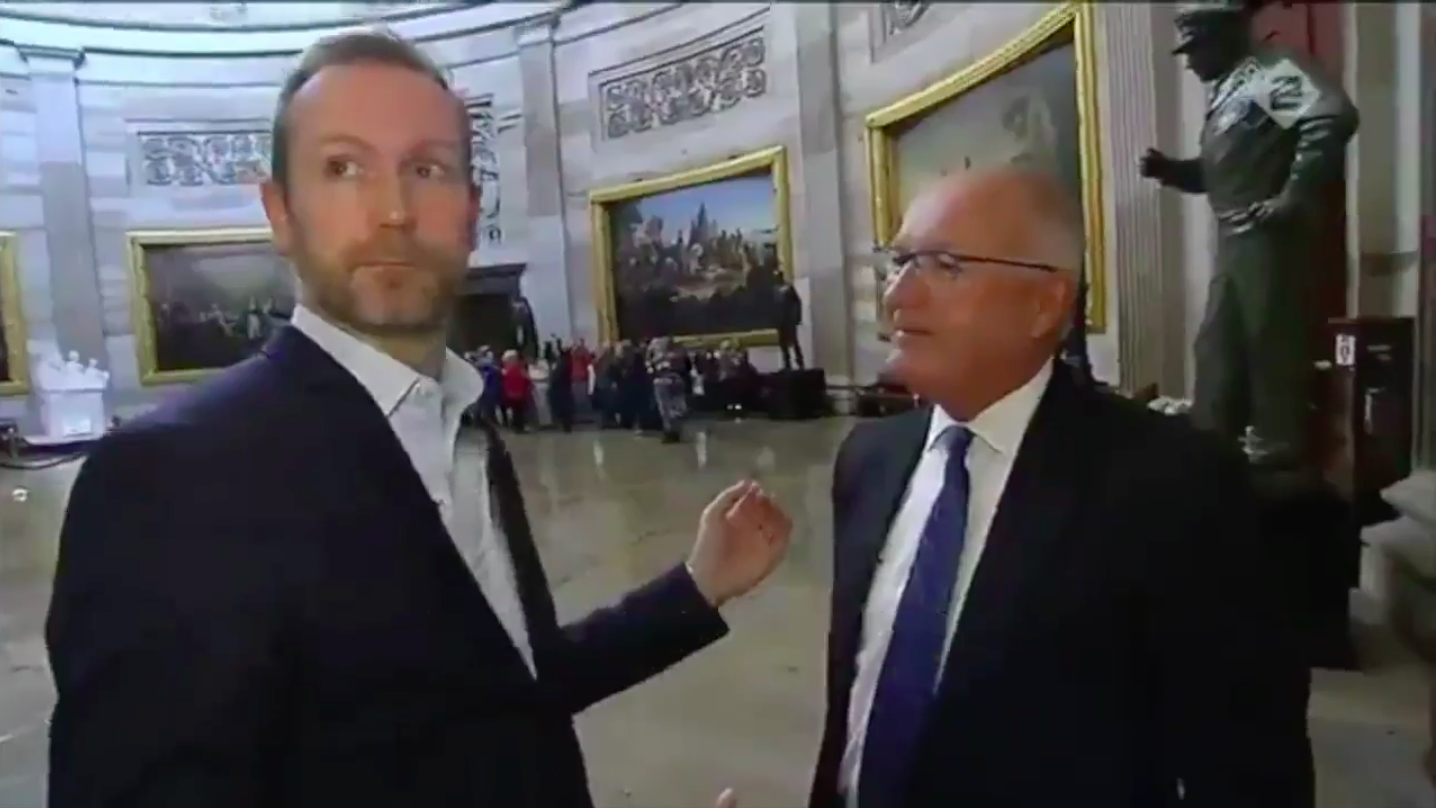 2017 began with the miserable toad Sean Spicer boldly lying in the face of clear photographic evidence about the size of Donald Trump’s inauguration crowd as compared to that of his predecessor Barack Obama. The year has followed accordingly with an endless procession of stupid men in bad suits instructing us to deny obvious truths that were sitting right in front of us. So it’s fitting that as December limps to a close, we’re blessed with this exchange between Pete Hoekstra, professional anti-Islamist and new U.S. ambassador to the Netherlands, and Wouter Zwart, a baffled TV reporter from that country’s Nieuwsuur news program, which marks the surreal apex of the GOP’s love affair with “fake news.”

In the clip below, Zwart confronts Hoekstra with public comments he made in 2015, invoking a fringe right-wing conspiracy theory that the Netherlands is filled with so-called “no-go-zones,” where local government laws do not apply and Sharia law rules, and that Muslims in the country were setting fire to cars and politicians. Hoekstra says he never made those remarks, smugly brushing off Zwart’s question as fake news, and Zwart responds with video evidence, in which Hoekstra can be heard using the words and phrases Zwart asked him about, almost verbatim. Politicians are struck with amnesia of convenience all the time; what elevates Hoekstra into the brazen doofus hall of fame is what happened next: after playing the tape, Zwart asked him why he called the question fake news, and he denied that he had, though he’d said it–on camera!–only seconds before.

It must be seen to be believed:

Pete Hoekstra denying he said something, calling it fake news, then after being shown video of him saying it, denying that he called it fake news pic.twitter.com/ETxFo3U3Vk

We live in hell. Whatever we did to deserve it, I’m sure we’re all very sorry, and it won’t happen again. Please let us out now. Thank you!!

How ICE Gets the Music for Its Super Bowl Propaganda