When Did the NFL Change This Obscure Rule About Standing For the National Anthem? 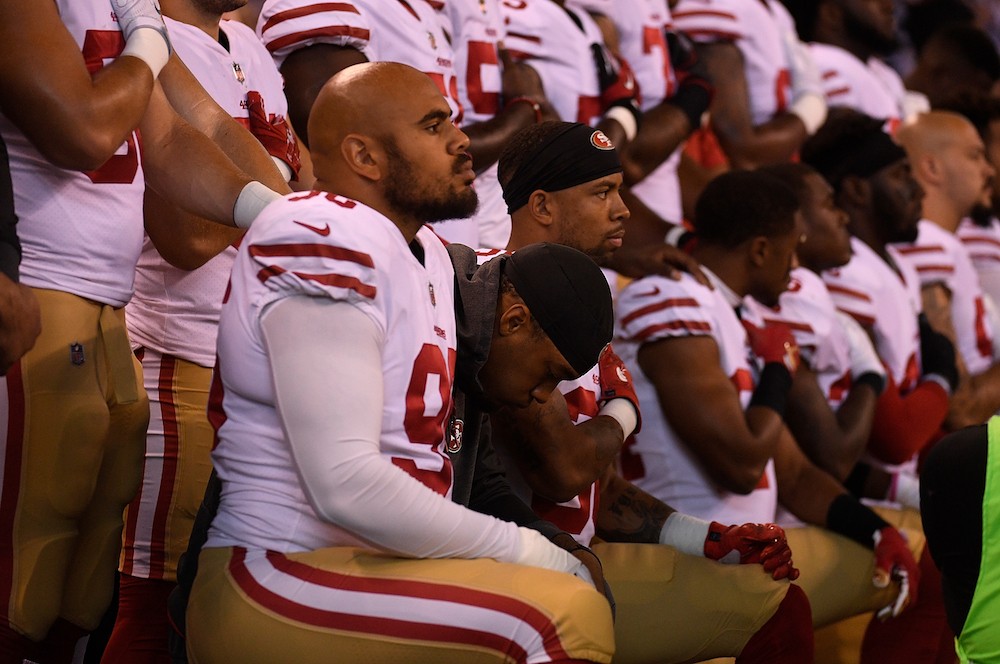 In the latest installment of the ongoing controversy over NFL players protesting police brutality during the national anthem, Dallas Cowboys owner Jerry Jones stated over the weekend and on Monday that any players on his team who kneeled during the anthem would be benched. Explaining and defending his decision, he referenced the NFL’s Policy Manual for Member Clubs, an obscure document that includes a section on appropriate conduct during the anthem, including specific punishments for any players who disobey. In a hard-to-believe twist, Jones claimed that he was reminded of the policy manual–which is not generally made available to the public–by none other than President Donald Trump, who has taken an absurdly keen interest in quashing the protests. The relevant section reads:

The Policy Manual for Member Clubs is not routinely trotted out to resolve disputes about the rules of the league. As Deadspin notes, it is not available for download on the NFL’s website, like the official league rulebook is. But if there was any question of whether Jones was even allowed to bench protesters, this section of the policy manual seems almost tailor-made to answer it in his favor. “During the National Anthem, players on the field and bench area should stand at attention, face the flag, hold helmets in their left hand, and refrain from talking,” it reads. Failure to do so can result in punishments including suspension, it goes on, without specifying who it is that would be doing the punishing.

This difference matters for a few reasons. First, the old version specifies that any disciplinary action would be doled out by the League office, not individual owners like Jones. Second, it does not provide specific examples of the types of punishment that might be administered. And third, it only explicitly opens the possibility of punishment for players who are physically absent from the field during the anthem, not those who violate the guidelines about standing at attention and facing the flag. (The language in the current version of more nebulous, but its clause about “violation of the above” could reasonably be interpreted as a reference to those guidelines.)

The relevant unanswered question is when the change was made. Because the manual is a relatively arcane document, for now it’s impossible to the answer. According to Deadspin, the only section of the current version that’s available for public perusal is the section about the anthem, which Jones or the league itself presumably leaked to reporters. The 2015 and 2016 versions are not publicly available at all. There’s a relatively small window of time between the 2014 season, when the old version was published, and the 2016 preseason, when Colin Kaepernick began his solitary kneeling during the anthem. It’s possible that the league coincidentally edited the manual during this window, and that the change is not at all related to the current wave of protests. But that seems pretty unlikely.