The Breeders Release “Wait in the Car,” Announce 7″ Series 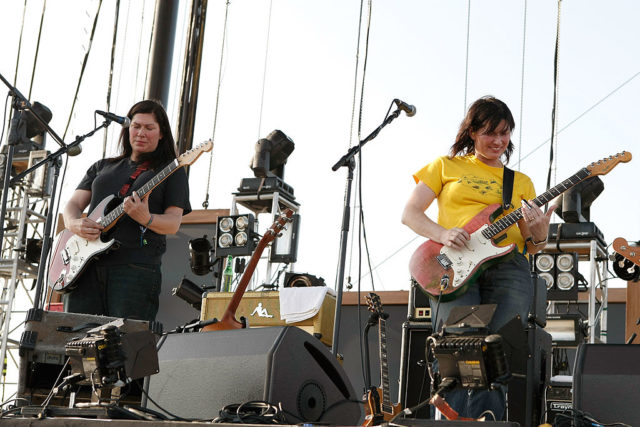 The Breeders have released their first new music in eight years: a new single called “Wait in the Car.” The band released the song–a typically energetic, wry, angular rocker–with an accompanying visual, which is a rapid-fire slideshow featuring bits of lyrics, abstract images, and distorted images of the band. The group teased the song and video, directed by Chris Bigg and Martin Andersen, with a short tweeted clip last week.

The Breeders posted on their website that the single will be released in 3 different 7″ versions, each with a different cover as its B-side. The first, featuring their take on Amon Düül II’s 1970 song “Arcangel Thunderbird,” will be released for the band’s upcoming world tour beginning on October 10, and available only at their concerts. The next will feature a version of Devo’s “Gates of Steel” and be released in a limited run on October 27. Details about the release of the third 7″, featuring the Mike Nesmith song “Joanne,” have yet to be released.

The Breeders’ previous release was the 2009 EP Fate to Fatal. They last reunited in 2013 for a 20th anniversary tour. Listen to “Wait in the Car” below.